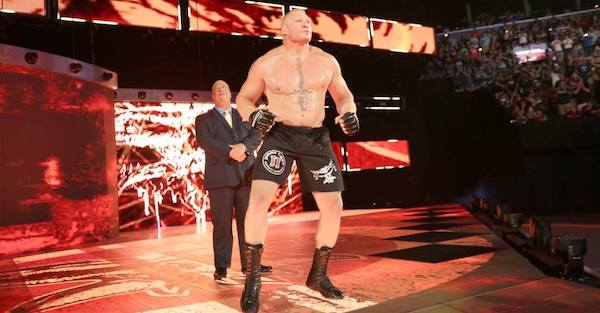 Brock Lesnar won the WWE Universal Title at WrestleMania 33 against Goldberg. Immediately after his victory over the WCW legend, fans and analysts began speculating how often Lesnar would be appearing on Monday Night Raw and future PPVs.

Well, we now have some more clarity as to what to expect from Lesnar going forward. According to Dave Meltzer of The Wrestling Observer, the Lesnar is scheduled to feud with Braun Stroman over the Universal Title over the summer with Lesnar eventually facing off with Roman Reigns at WrestleMania 34 in New Orleans.

This shouldn’t come as a major surprise, as Strowman and Reigns are currently feuding and WWE already planted a seed between Strowman and Lesnar to eventually face-off.

What’s still unclear, however, is how long WWE plans to keep the belt on Lesnar even though he is scheduled to feud with both Strowman and Reigns over the course of the next year.