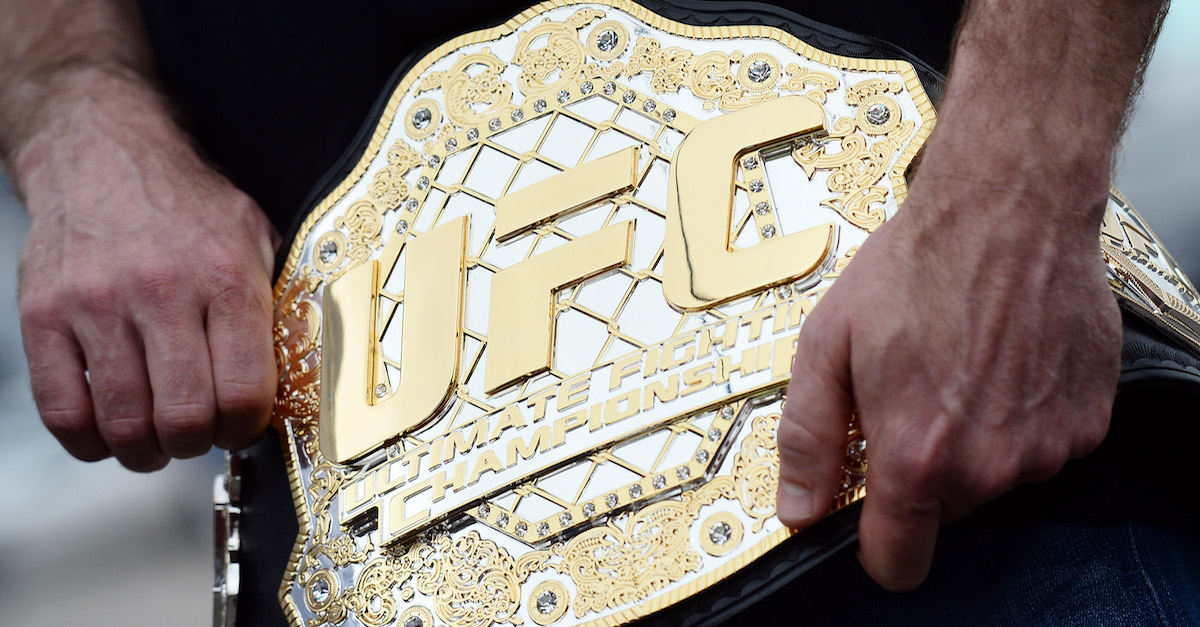 Last week, Matt Hughes, a UFC legend, was airlifted to a hospital after his truck collided with a moving train, according to UFC president Dana White, via ESPN.

“Apparently he has head trauma,” White said. “His family is traveling to him now.”

Now, his family has provided an update.

Beth Hughes Ulrici,  his sister, said this on her Facebook page:

Our family is overwhelmed by the outpouring of love and support.

Please understand that there are many false reports out there by people who say they are close to the family. We will post another update here when we have more news.

Matt is stable and has no broken bones or internal injuries. He has some minor lacerations and bruising and is currently being weaned from his ventilator. He is not yet awake and not responding as we would like to see but we see the fight in him.

Matts strength and determination along with God’s Mercy and Grace will bring him through this.

We ask that you all continue to pray.

Our thoughts are with Matt Hughes and his family. pic.twitter.com/TF6BaHSa85

Hughes was reportedly helping a friend when the accident occurred.

Hughes (45-9) is 43 years old and was inducted into the UFC Hall of Fame in 2010. He held the UFC Welterweight Championship twice, putting together six-fight win streaks from 2001-06.