MMA insider shares a stunner that could shake the sports world 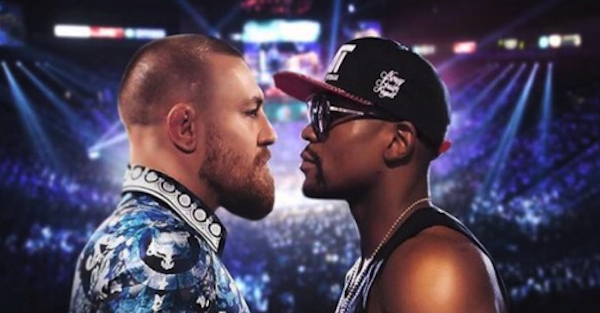 It’s not just a show any longer.

According to MMA inside Ariel Helwani, the Floyd Mayweather-Conor McGregor super fight may actually move from just an idea to reality and it appears sides are talking:

Again, an unprecedented amount of hurdles. But, everyone involved stands to make a lot of money, hence the exploring. Worth monitoring now. https://t.co/bYXlpZmxhb

Helwani has broken some of MMA’s biggest stories, and this one could be an absolute stunner.

There’s almost no doubt it would be a boxing match, and while McGregor’s standup game in MMA is impeccable, he’s not the greatest pure boxer in the world and would get dominated by Mayweather:

McGregor previously worked out with boxers as rumors ran wild in May of last year:

Nevr thought @TheNotoriousMMA had a chance against @FloydMayweather until I seen him spar 2day in@BoxNBurn 😳AMAZING pic.twitter.com/d3Unezks3o

All thats been asking!I've sparred with TOP fighters & @TheNotoriousMMA Boxing game is Right-Up there 👊🏻💯 @BoxNBurn pic.twitter.com/gLcNygYq39

A message to South Africa from @TheNotoriousMMA after great sparring pic.twitter.com/xVn8L26UIn

While Dana White has insisted the bout won’t happen, McGregor could take the complicated steps to become a boxer without the UFC’s approval.

McGregor recently acquired a boxing license in California, but he’d likely need to do the same in Las Vegas, where Mayweather fights.

We’ll see if this dream fight actually materializes into anything.