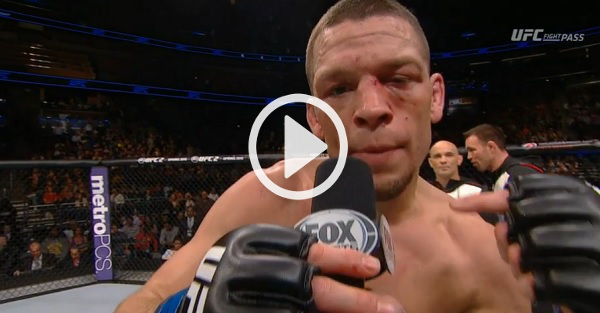 UFC Featherweight Champion Conor McGregor has talked about potentially competing in a different weight class in order to have a shot at holding two belts at once. It looks like one fighter would be happy to see McGregor in his divison.

Nate Diaz (18-10) had gone a year without fighting, but he came back in a flurry on UFC on FOX 17 on Saturday night, beating Michael Johnson (16-10) handily by unanimous decision in a lightweight fight. After the fight, Diaz laid a f-word filled promo on McGregor, challenging the featherweight champ.

If McGregor does indeed move up to lightweight and is not granted a title fight immediately, we could have a really good fight on our hands in the future.