Nate Diaz thinks he won the fight, but his face looks like it had been though a meat grinder 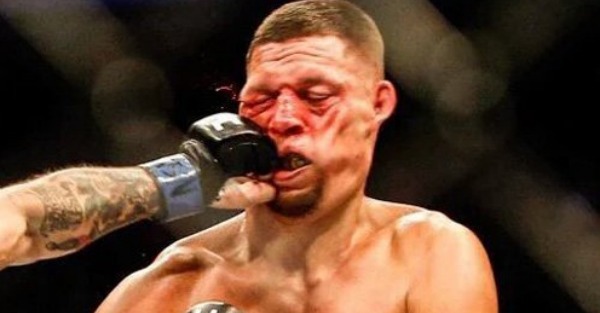 If you didn’t see UFC 202 and just saw the aftermath of Nate Diaz’s fight with Connor McGregor, you’d think there’s no way this came down to a decision. Oddly enough, it did after five grueling rounds that ultimately did not go in Diaz’s favor.

RELATED: McGregor beats Diaz via decision in one of the best UFC fights of all time

Even after beating him to a bloody pulp, McGregor had the utmost respect for Diaz.

Conor McGregor: "His face was opened up and he was STILL coming at me. You gotta respect Nate Diaz." #UFC202 https://t.co/q9VLTf1bwM

Diaz didn’t agree with the scorecards, having landed 166 significant strikes to McGregor’s 164, according to ESPN, and almost immediately demanded a rematch.

“I came to this fight worse off than last time. I didn’t get to train. I had injuries. I’m not making excuses, but you should have finished me off,” Diaz said, toward McGregor. “I’m ready for [No. 3]. I gave you [No. 2].”

Diaz won their first encounter by submission, knocking McGregor off the top of the UFC mountain in UFC 196.