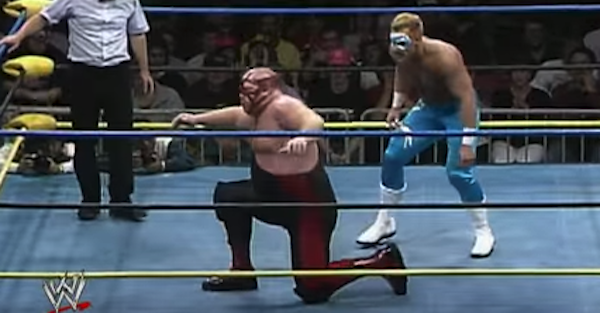 A former champion that said he only had two years to live back in November may have less than that based on one of his latest messages on Twitter.

Former WCW champion Vader has been battling congestive heart failure for the past few months, and based on one tweet from yesterday, it doesn’t look like things are getting any better.

The message in full:

Related: “Big Van Vader” once had his eye poked out during a match… and he kept working anyways

Vader, real name Leon White, still wrestled on occasion over the past few years despite. However, the 61-year-old’s health started to deteriorate last year after a bad roll-over car accident.

Rolled it over twice I was loke a giant penatta That bigdent is where my head was A very thanful Vader Time pic.twitter.com/hQ0buFnVQs

The fallout from that accident later led to a diagnosis of congestive heart failure, where Vader revealed that doctor said he only had two years left to live.

Vader was a former All-American offensive tackle at Colorado before heading into the pro-wrestling world. In wrestling, “Big Van Vader” first made his name in Japan, where his initial victory over Japanese legend Antonio Inoki brought a legitimate riot from the crowd, solidifying Vader’s status as a top contender for years to come.