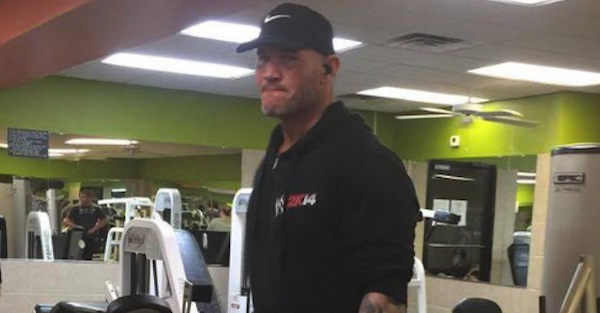 An alleged gym altercation, and the following report of said incident has riled up WWE superstar Randy Orton.

Orton responded via Twitter on Wednesday, per Cageside Seats:

According to NEAReport, a fan approached Orton during his workout, asked if he could get a picture and Orton pointed to his headphones.

The fan proceeded to snap a picture of him during his workout and that’s when Orton reportedly approached him and cursed him out.

That incident was later disputed by another fan, who snapped a picture with Orton at the same gym, per WrestleZone.

It appears the rules are simple — wait until the man is done working out and be polite, or be rude and get punked in the gym and on social media.