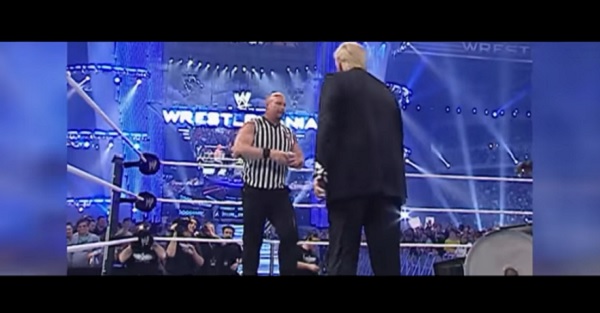 It looks like Donald Trump will become the first U.S. President to have been the victim of a Stone Cold stunner.

Trump was a participant at WrestleMania 23, where he and WWE owner Vince McMahon had a friendly “hair-vs.-hair” wager in a match featuring Bobby Lashley and Umaga. Of course, the match wouldn’t be complete without a special guest referee… how about Stone Cold Steve Austin.

Team Trump won and McMahon got his head shaved, but Trump ate a stunner anyways to a raucous announcement from commentator Jim Ross.