Roy Jones Jr. TKO’d a fan at the most bizarre PPV of the year Sunday night 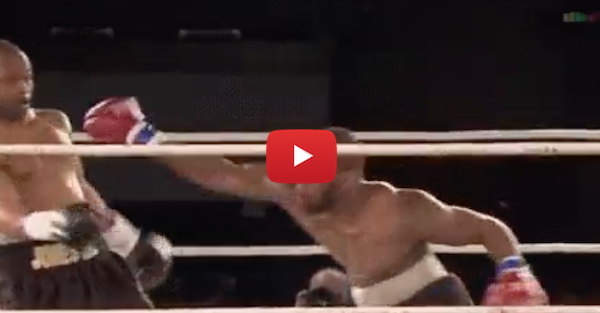 The UR Fight card certainly lived up to the hype as one of the more wild MMA/WWE/entertainment shows of the year. Aside from a pro wrestling match, a grappling match featuring MMA’s Michael Bisping and a weird rap show, boxer Roy Jones Jr. gave one (un)lucky fan the opportunity to fight him. If the fan won, they’d take home $100,000 in earnings.

Naturally, that didn’t go well for Vyron Phillips, who got caught missing on a straight left and fell victim to a short hook that sent him crumbling to the mat.