Shocking new No. 1 contender announced for main event of WrestleMania 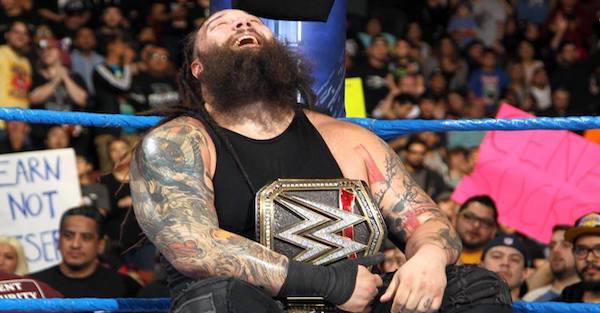 Despite rumors of a matchup between AJ Styles and Shane McMahon, the former champion is currently slated for the main event of WrestleMania 33 against Bray Wyatt for the WWE championship after beating Luke Harper on Smackdown Live!

After a false finish saw Harper put his foot on the rope as the ref counted three, McMahon came down to stop the celebration and restart the bout.

Styles would confront McMahon, who was errantly super kicked in the mouth by Harper. That set up the finish, where Styles hit a 450-splash to secure the victory and his date against Bray Wyatt at WrestleMania for the WWE title.

Randy Orton originally won the Royal Rumble, giving him a title shot. But he passed up the opportunity, instead being loyal to Wyatt.

We’ll see if anything changes down the stretch, but currently the main event is set.