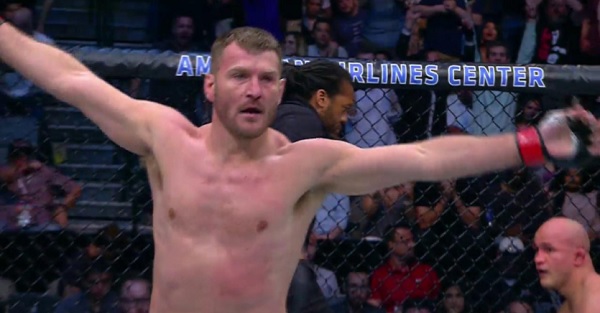 UFC Heavyweight Champion Stipe Miocic (17-2) retained his title at UFC 211 on Saturday night over Junior Dos Santos (18-5) after a first round TKO in 2:22.

It's all over!! @stipemiocicufc IS the baddest man on the planet!! #UFC211 pic.twitter.com/PIYCVtB5xS

Dos Santos tried to cut down Miocic early with some strong kicks to Miocic’s left shin, but Miocic was eventually able to bring the power and hit Dos Santos with a brutal right hand to sent Dos Santos to the grab. After a few more punches on the ground, referee Herb Dean eventually called the fight for Miocic.