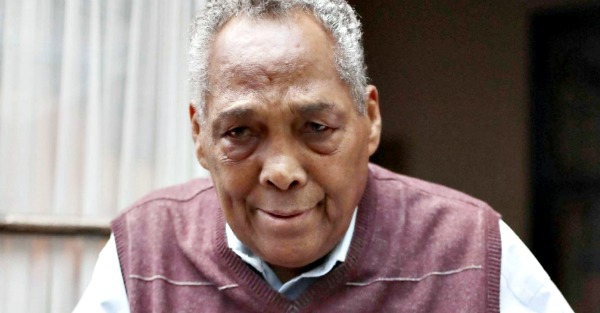 Ultiminio “Sugar” Ramos, a featherweight champion whose diminutive sized masked a giant punch, died Sunday in Mexico City. He was 75.

Ramos’ career saw great success and tragedy. He was a former champion who was inducted into the Boxing Hall of Fame in 2001; and, tragically, two of his bouts ended in death.

Ramos turned  pro in his native Cuba when he was just 15 years old. In 1958, during a bout in Cuba, his opponent, Jose Blanco, died after he was knocked out in the eighth round of their bout. Five years later, the challenger Ramos, 21, faced Davy Moore for the featherweight title in a nearly brand new Dodger Stadium. (By then, Ramos had fled his homeland after the takeover by Fidel Castro).  In the 10th round, Ramos knocked out Moore, whose head hit the bottom strand of rope, resulting in a catastrophic brain stem injury. Moore died two days later.

Moore’s death resulted in outrage toward boxing, though the sport grew through the heavyweight hey dey of the 1970s. Bob Dylan even wrote the song, “Who Killed Davy Moore” as a result.

Ramos would defend the title three more times before losing, in 1966, to Carlos Ortiz, who would go on to win three titles  and is widely regarded as one of the greatest boxers to ever come out of Puerto Rico. Ramos would lose a rematch in 1967, and even though his career lasted until 1972, he would never win another world title. Like many boxers who stayed in the ring longer than they should have, Ramos won just one of his final five fights.