The next great American boxer? Errol Spence just did something Manny Pacquiao never could 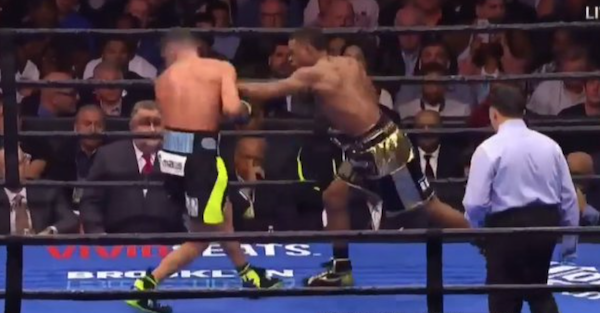 Errol Spence might just be the next great American boxer, and his TKO victory over fellow welterweight Chris Algeri at the Premier Boxing Champions event on NBC puts him in position to move up the ranks.

Spence (20-0) was meticulous in his throws, countering with nasty lefts to the body and head before notching a fourth-round knockdown.

It wasn’t much longer before Algeri (21-3) took another nasty left to the head before the ref called the bout.

Following the fight, Spence called out IBF welterweight champion Kell Brook (36-0, 25 KOs) for a title fight. Based on his track record, it shouldn’t be much longer.