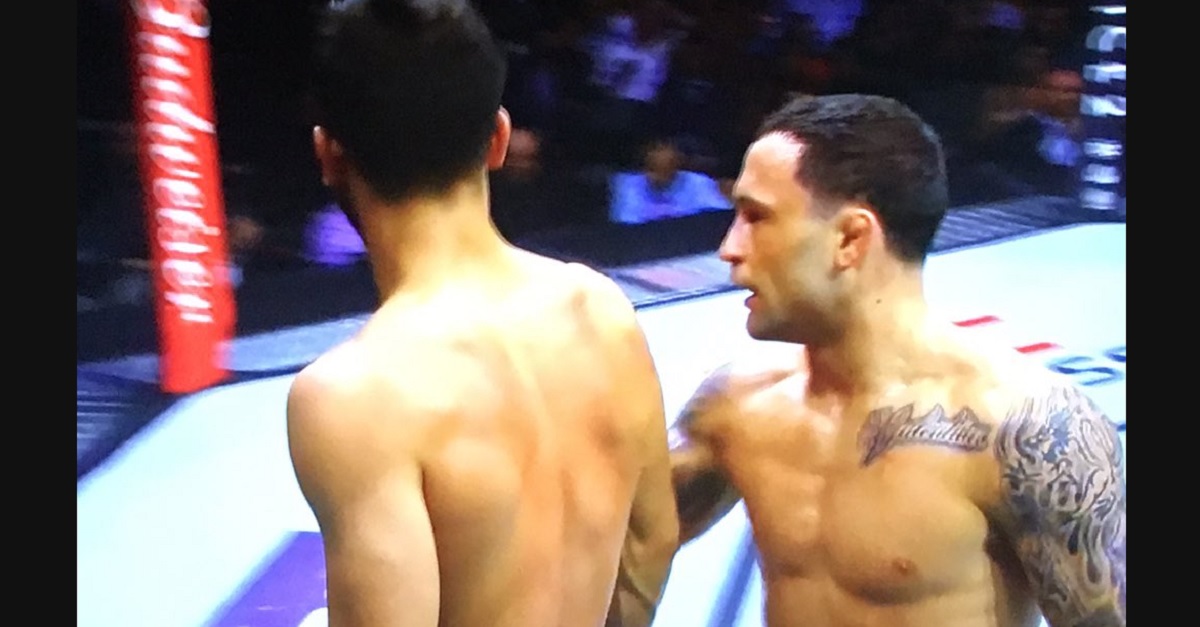 This was just brutal.

Frankie Edgar (22-5) and Yair Rodriguez (10-2) were expected to have one of the best fights on Saturday’s UFC 211 show, and while “best” is subjective, the two definitely gave us one of the most shocking UFC finishes off the year.

Edgar was awarded the TKO victory due to a doctor’s stoppage, and with the win, he is again a contender for the UFC Featherweight title.