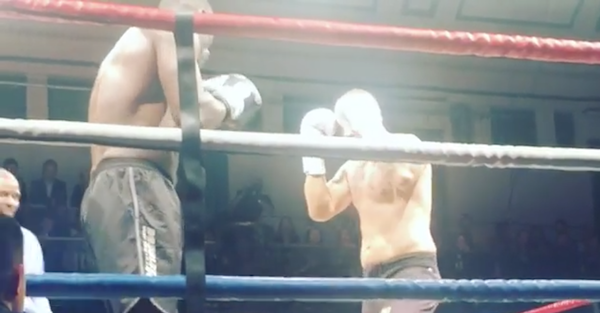 Idris Elba has always played intimidating characters – specifically Stringer Bell in the “The Wire.” And now the actor is actually training to be a fighter.

Elba recently began training to become a professional kickboxer for a role in an upcoming Discovery documentary series entitled “Idris Elba: Fighter.” Elba fought someone in London’s York Hall, and Madonna – yes, Madonna – was ringside to watch the bout.