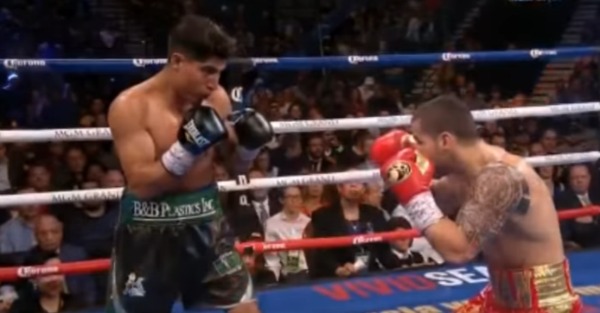 The 29-year-old Garcia (36-0) stunned the previously undefeated champion with a left hook in the bout’s third round, then followed that up with a murderous right hand that sent Zlacticanin (22-1) to the canvas like a bag of cement, knocking him out cold for several minutes.

RELATED: MMA insider shares a stunner that could shake the sports world

It was the first loss of the 32-year-old southpaw’s career after becoming the first fighter from Montenegro to win a world title. Meanwhile, Garcia, of Oxnard, Ca., said he wants the victory to serve as a stepping stone towards unifying more lightweight title belts.

“I’m available to unify any titles,” he said after the fight. “If we can get the organizations to come together and unify titles we would love that (and then) maybe move up to 140 pounds by the end of the year.”