Report: WWE star being kept off TV as an ‘inside joke’ 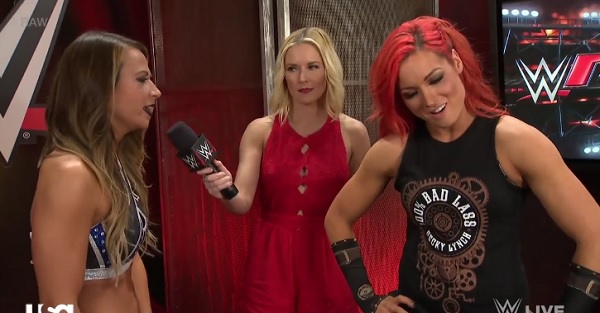 This seems kind of cruel.

WWE women’s division star Emma has been off TV for a long time, all starting back in May when she suffered a legitimate back injury that require surgery. On Oct. 3, WWE started to tease Emma’s return as “Emmalina” with a series of vignettes, but now over two months later, Emma has yet to be on television despite working non-televised live events since October.

Related: Despite beating cancer, WWE Hall of Famer had some tragic news to share in recent announcement

The reason she still hasn’t redebut on television? Apparently it’s all become an inside joke at WWE at this point.

It's an inside joke now https://t.co/oMni4kO1L1

“So Emma is like a rib [joke] now. She’s now a complete heel at the house shows…. but I don’t know when she’s going to make TV.”

WWE keeping healthy performers off of television isn’t anything new. In fact, it is often used as a tool to build anticipation for when that wrestler actually does return, as it keeps that wrestler fresh for when they are ready for an actual storyline.

However, this is getting close to three months of WWE teasing Emma’s return. If they really aren’t going through with it because it’s a backstage joke at this point, then that is just sad. Emma is one of the best female in-ring performers in the company, and she could have been used to keep things fresh against the top women of the RAW division — Charlotte Flair, Sasha Banks, and Bayley.

Maybe 2017 will be the year for Emma… or Emmalina; whatever they want to call her. Just stop wasting a good, quality talent.