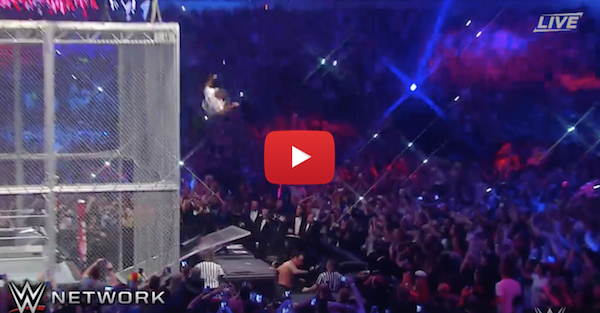 Related: Shane McMahon jumped from the top rope to put the Undertaker through a table

WrestleMania: Shane McMahon leaps from Hell in a Cell's roof

HERE COMES THE MONEY from the TOP of HELL IN A CELL!!! #WrestleMania

Shane McMahon stole the show at Wrestlemania with a death-defying elbow drop from the top of a 20-foot high Hell in a Cell in which he plummeted through the announce table.

While it certainly shocked WWE fans across the world, at least one former wrestler wasn’t impressed by McMahon’s perceived foolish act that put his life on the line for a “stupid wrestling stunt.”

Shane McMahonI give Shane McMahon zero credit for jumping off the top of that cage, landing on a table that collapsed…

Did “Superstar” Billy Graham go too far, or was he in the right to call out McMahon after his incredible leap with his family in attendance.