WWE has suspended another top star for 30 days 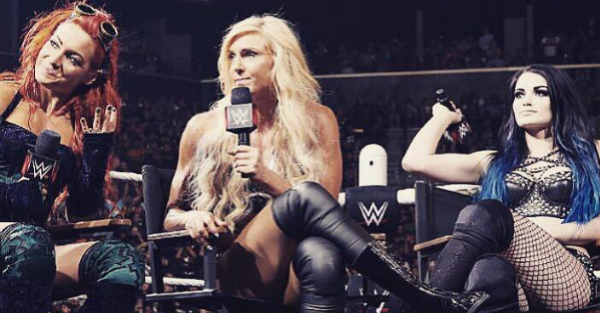 In a shocker, WWE has suspended former women’s champion Paige for 30 days for a wellness policy violation. That news comes on the heels of her real-life boyfriend Alberto Del Rio also getting popped for a 30-day suspension.

Paige has been reported to be suffering from a possibly career-threatening injury.

Related: Brock Lesnar calls out his surprising “next” WWE opponent before deleting the video

Regarding Paige, there may be some nerve damage regarding her back and shoulder issues. I was told her neck issue is similar to what a lot of the guys have had that had serious problems where the problem has led to weakness in the right arm which was the first stage for some major issues with a lot of the guys.

That could potentially be a big problem.

Other wrestling superstars that have suffered similar injuries include Edge and Daniel Bryan. Edge was eventually forced to retire from nerve damage and neck issue, while Bryan actually returned after dealing with nerve damage issue. Bryan was later forced to retire due to concussion concerns.

Paige?s issues may not end her career, but it is definitely a giant red flag for a woman who has become one of WWE?s biggest female stars since she debuted on RAW two years ago.

While Paige ? real name Saraya Bevis ? is only 23, she has been wrestling since she was 13. She also suffers from scoliosis, but there is no confirmation whether that is related at all to the current issues that she is facing.