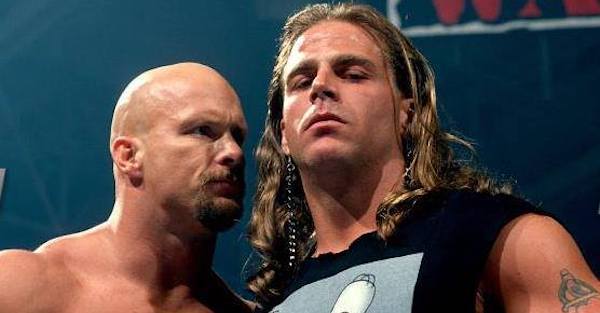 Shawn Michaels climbed the WWE ladder and became one of the top stars in the company’s history during the 1990’s.

But drug and alcohol addiction derailed his career before Michaels turned his partying ways into becoming a born-again Christian.

Ahead of Michaels starring in a movie titled The Resurrection of Gavin Stone, the former WWE star acknowledged the parallels between his life story and the character he’s playing in a sitdown interview.

Here’s a transcription of his interview, per Fox Sports:

On Michaels playing a bad guy on television and how that translated into the character he developed:

?As I turned into a heel, and I began to go on this journey of who this character or this gimmick would be, it just continued to grow ? and certainly unleashed in me this side where I could just go out there and do absolutely anything? but it came out through, honestly, through drugs and alcohol. It was the only way that I had the ability to show any type of personality other than the shy, quiet kid [I was]?. I didn?t know where Shawn Hickenbottom ended and Shawn Michaels began, to be perfectly honest.”

On how marriage and having a child changed his life:

“As if the marriage [to Rebecca Curci] didn?t happen fast enough, six weeks after we?re married, we find out she?s pregnant. And now by this time, she?s realized that the little partying she saw me doing is not some little thing, like he does that every day.

“In my mind, I?m thinking to myself ?I?ve got nine months to clean up.? The baby is born, [and] on many levels I can grasp that it?s the greatest thing that?s ever happened to me, but I still don?t have the ability to turn into this man that I need to become.

On what finally opened his eyes to needing to change:

“?. It?s the weekend and I?m getting myself into a little bit of a haze, and my son?s crawling on me, and I can hear him faintly say ?daddy?s tired.? And for the first time I realize, you know, he?s 2 and he can now see that there?s a difference in me. And it just hits me like a ton of bricks like ?oh my goodness, he sees it now.?

Michaels would return to WWE in 2002, completing his career with a stunning finish that left no doubt on whether he’d be one day in the WWE Hall of Fame.