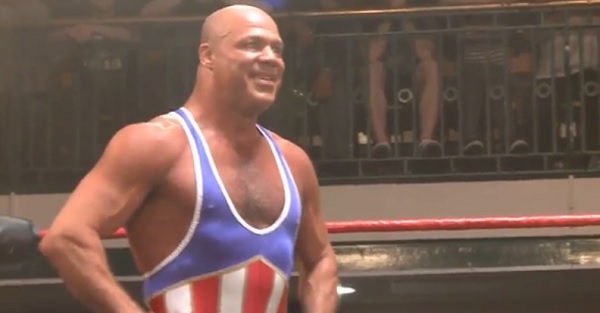 It looks like the biggest return that WWE can put together could finally be happening in 2017.

According to a WrestleZone report, former WWE champion Kurt Angle is no longer taking extra independent wrestling dates in anticipation for a return to WWE.

As of now, Angle is scheduled to wrestle Alberto Del Rio for the first time ever on February 12th in the UK for WCPW. Angle will then will face Cody Rhodes in their third match, but Angle has told promoters he’s not accepting indy dates past those two scheduled matches.

Angle, 48, is a five-time WWE world heavyweight champion and an Olympic gold medalist. Angle was released from WWE in 2006 after medical issues and pain-killer addictions forced him out of the company. However, Angle has been wrestling regularly since then, and he is potentially the biggest returning name that WWE could grab in the future.

If Angle were to return to WWE, it would likely be sometime after the two independent dates he has remaining, which means a WrestleMania return is not out of the question.