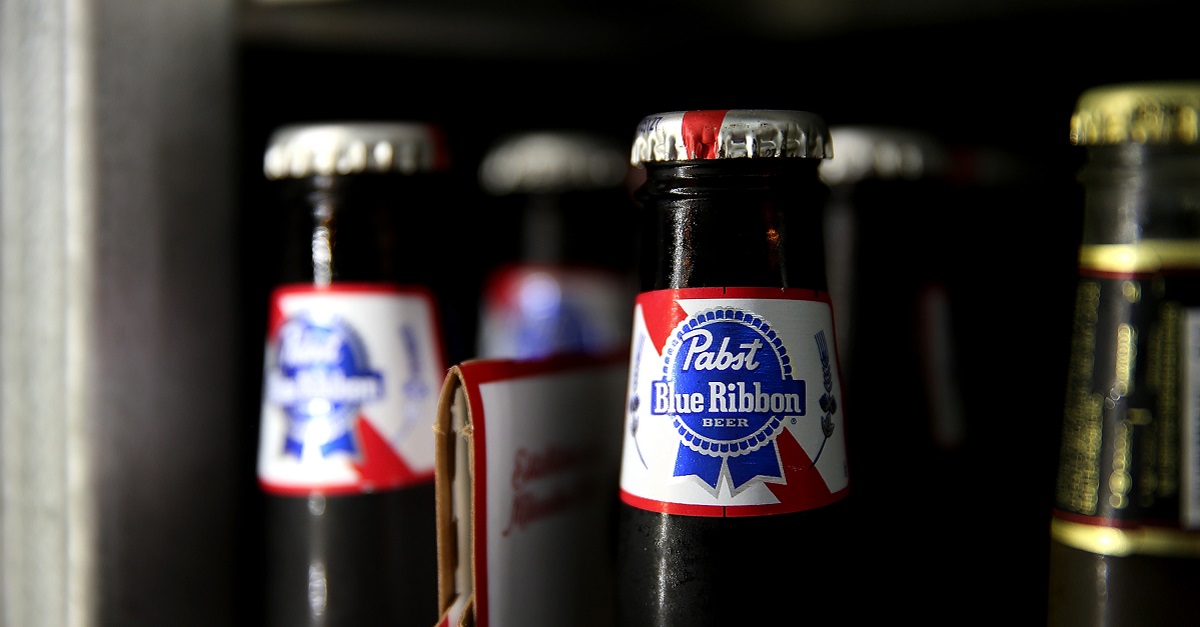 SAN FRANCISCO, CA - SEPTEMBER 22: A six pack of Pabst Blue Ribbon beer sits on a shelf at a convenience store on September 22, 2014 in San Francisco, California. Pabst Brewing Co., the maker of Pabst Blue Ribbon announced that they are selling their company to Russian company Oasis Beverages for an undisclosed sales price. (Photo by Justin Sullivan/Getty Images)

John Cena is still the “face that runs the place” for WWE, so it only makes sense that he has the most merchandise opportunities.

Cena is scheduled to return to “Monday Night RAW” on Memorial Day, and for that, this was one of the new shirts that WWE had released for him.

That didn’t last too long on the market, though. It seems like Pabst Blue Ribbon saw the shirt and noticed some similarities between the shirt and their logo.

A message to @JohnCena & the @WWE: We have a chokehold called the Cease & Desist. Pretty sure we see you🖕 pic.twitter.com/AKWjUEXiUj

It didn’t take long for WWE to respond… by pulling the shirt from their online store.

This shirt has been pulled and will no longer be for sale on WWE Shop. https://t.co/dulqGucYIy

John Cena has pretty much beat everyone in WWE: he’s beat Triple H, Randy Orton, the Big Show, and even Vince McMahon himself. Who knew that it would be PBR that would eventually bring him down?