Incredible photos show golfers playing as wildfire rages behind them 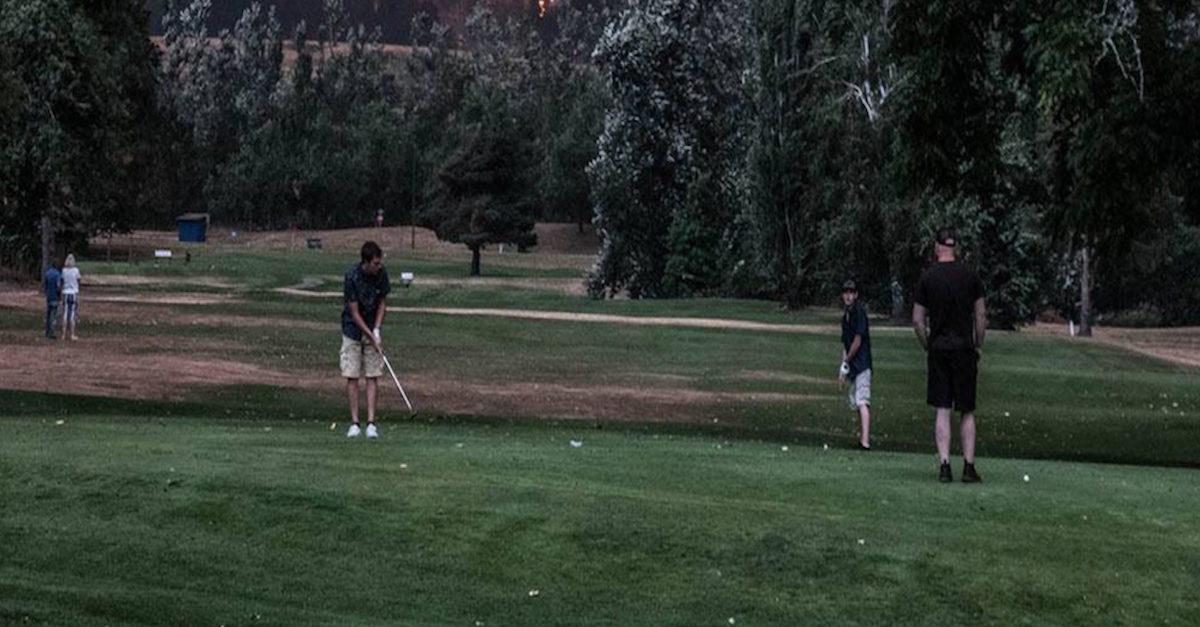 At Beacon Rock Golf Course in Bonneville, Washington, playing conditions have gone to the extreme.

A massive fire that may have started when a 15-year-old and his friends were lighting off some firecrackers in Hood River County Oregon picked up in intensity over the past week and jumped across the Columbia River in the Pacific Northwest. The fire reached the hills that frame Beacon Rock and, though air quality warnings and road closures have been issued, that hasn’t stopped a few residents from squeezing in quick round.

As a result, some incredible photos of the scene have been shared, first originating on Reddit. Because the internet is the way it is, the initial response was that these may be doctored, but owner-opeartor of Beacon Rock Golf Course Mark Mayfield has offered authentication for them. Here’s what playing next to a massive fire looks like, courtesy of Beacon Rock Golf Course’s Facebook Page.

I’m all for trying to fit in a quick round when you can, but the extent of these players’ dedication is insane. You wouldn’t catch me anywhere near that. Hopefully the residents of the course and county stay safe, which appears to be the case so far.