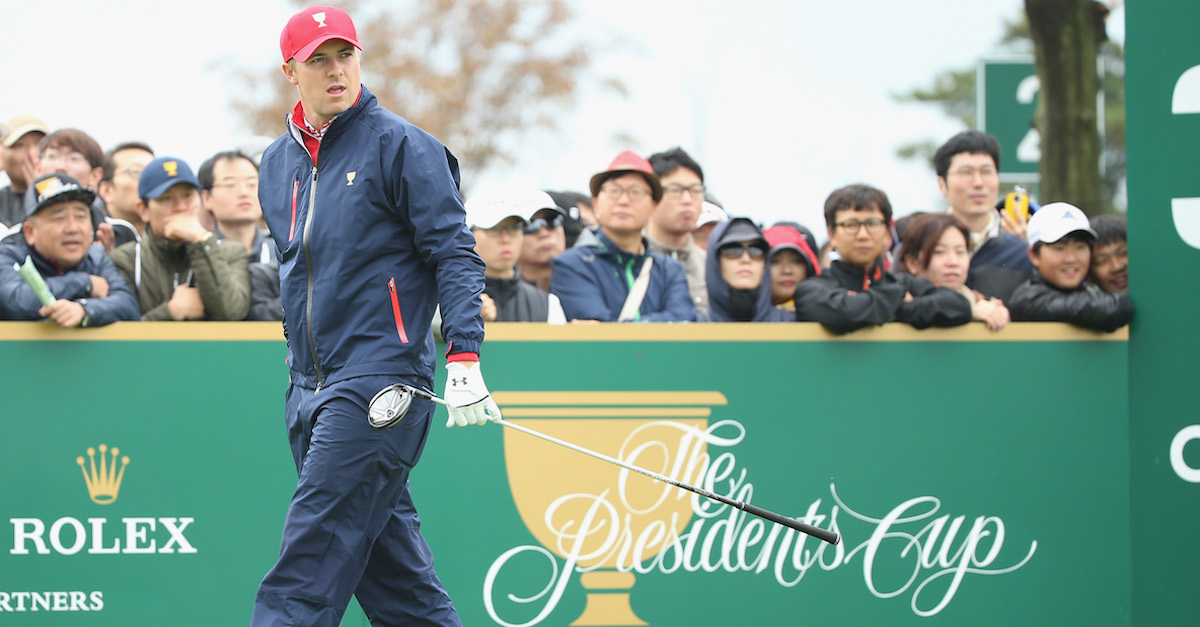 Though the Tour season is over, the 2016-2017 schedule of events wraps up this week with the Presidents Cup, a team event between the United States and International (excluding Europe) teams over the course of four days. The Cup alternates between stateside and international venues, and this year it lands at Liberty National Golf Club in Jersey City, New Jersey. The event starts on Thursday, so with that in mind, let’s hash out all the information you may need before things get started.

The Presidents Cup was created as the biennial alternative to the Ryder Cup in 1994. The event was moved to the odd years after the 2001 Ryder Cup was pushed back to 2002 due to the September 11th attacks. In addition to being a much newer event than the Ryder Cup, the Presidents Cup has also been a much more lopsided affair. The United States has won 9 of the 11 times this competition has been held, while the International team’s lone win came in 1998. The two sides tied once in 2003 as well and shared the Cup.

The format schedule has changed since the inception of this event, but the style of play has remained the same. Over the course of these four days, the players will pair up for either team fourball or team foursome matches. Fourball is another term for best ball, where both players on each team play their own ball, with the idea being that each team will have two opportunities to card the lowest score on any hole. In foursomes matches, the teammates play one ball between the both of them while alternating shots on the hole. On the final day of competition, every player on both sides goes out in singles matches to decide the winner. Here’s how the format is scheduled out for this weekend.

One point is awarded to a team for winning a match outright, while any ties in a match result in a half-point for each team. Overall, 30 points are up for grabs over the weekend. Unlike the Ryder Cup, if the competition is deadlocked after Sunday singles, the two teams will share the Cup until 2019. In the Ryder Cup, a team has to win the competition outright to have the trophy change sides.

Here’s the 12 men on each side who will be teeing it up this week, with their overall team match play records in parentheses, courtesy of adamsarson.com.