Tiger Woods Might Use a New Putter at Quicken Loans National 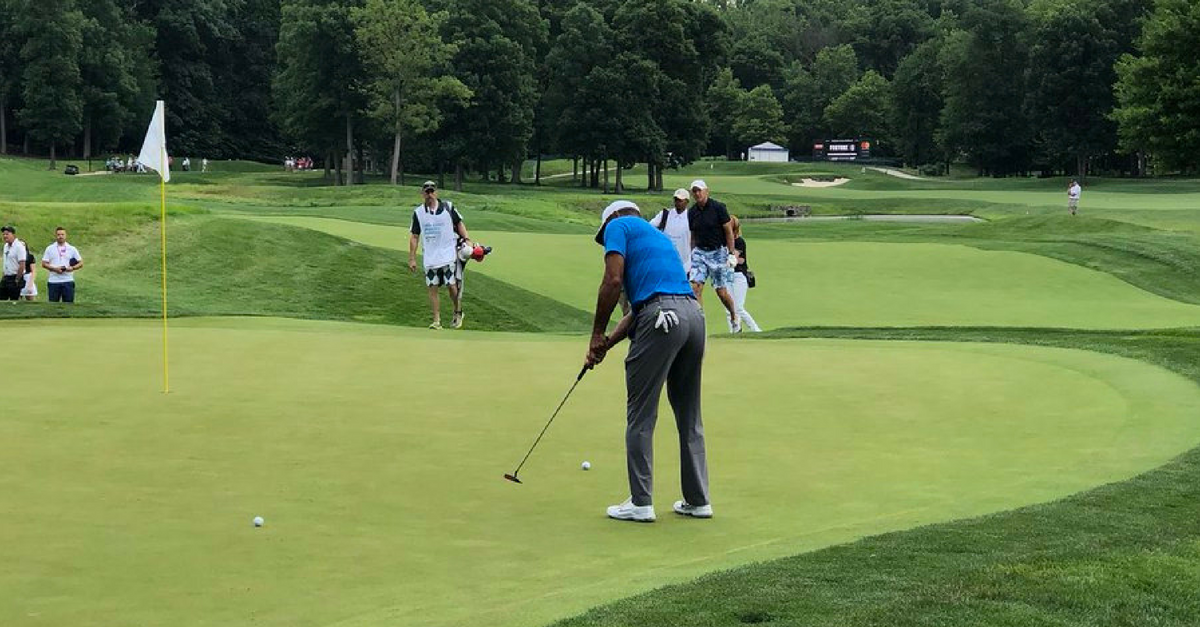 If it’s not the driver, it’s the putter. If it’s not the putter, it’s the irons. Tiger Woods, much like any golfer everywhere, has struggled to put every aspect of his game together at one time this season and it appears he might make a drastic change in order to fix it.

For the vast majority of his brilliant career, Woods has roared on the greens and won major tournaments with a Scotty Cameron Newport 2. However, a switch to a TaylorMade TP Ardmore 3 could happen ahead of this week’s Quicken Loans National at TPC Potomac at Avenel Farm in Maryland.

Naturally, it has received plenty of attention when he hit the practice green.

Out here with Tiger on the range and there’s definitely two putters in the bag. One is a @TaylorMadeGolf TP mallet headcover. 👀 pic.twitter.com/wkQ4ueapuc

First putter out is the TaylorMade. Looks like an Ardmore with a single white sight line down the middle of the flange. pic.twitter.com/bYUZb7Ztud

Woods used it in his practice round Tuesday and at the event’s pro-am on Wednesday.

Going with the new putter this morning for The National pro-am. Still hearing it will be a game time decision. pic.twitter.com/w9CNHPhvYr

The potential change to a mallet putter ahead of the tournament might be the adjustment the former world No. 1 needs to get going.

Woods currently ranks 89th in strokes gained: putting, and is T-80 in putting average on the PGA Tour, according to GolfChannel.com He even needed 58 putts in two rounds at the U.S. Open at Shinnecock Hills, where he missed the cut.

Woods has played in 10 events in 2018 and has two Top 10 finishes at the Valspar Championship and Arnold Palmer Invitational, while placing T-11 at The Players Championship.

The putting obviously needs some improvement to get back to form, but will a new putter actually happen?

Putting plan this week: “I haven’t putted well for about four tournaments now. I’m tying to find something (new putter) I can feel again.”

“I’m going to figure it out later,” on what putter he will use on Thursday.

There’s plenty to be excited about with Woods’ return to the event, and all eyes will be on his bag and if he uses his new TaylorMade putter when he tees off Thursday at 1:20 p.m with Bill Haas and Marc Leishman.