WATCH: This South Carolina Commit Could Score 40 Points in Her Sleep 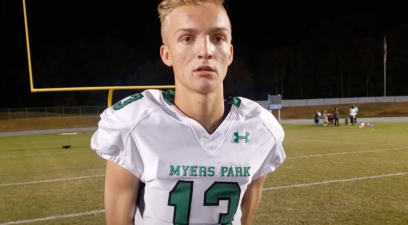 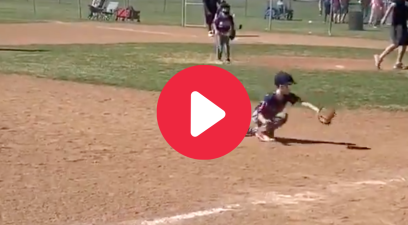 Hello world, meet Zia Cooke. Zia Cooke, meet the world. It doesn’t take much to become Internet famous these days, but the South Carolina commit made some massive waves when her latest performance became a viral mixtape.

The 5-foot-9 senior point guard Rogers High School in Toledo, Ohio, Cooke can do a little bit of everything on the hardwood. She can rise up over defenders to knock down jumpshots, stop on a dime in transition, finish through contact, dish out incredible passes, and make defenders look foolish with a nasty crossover.

In summary: Zia Cooke can score in her sleep at the high school level, and made dropping a career-high 43 points look so easy in a win over East Kentwood in the Best of Michigan Holiday Classic.

More often than not, a high school hoops star’s mixtape will be a compilation of the best plays of an entire tournament or even a season. Cooke managed to do all of this in one game, and the basketball-watching world is now thankful for EricGetBuckets making this highlight reel.

That step-back crossover she has is lethal.

Ranked the No. 7 overall prospect in the 2019 recruiting class by ESPN, Cooke has already turned some heads with her dynamic play by leading the Rodgers Rams to the Division II state championship last season and playing for the USA Basketball U17 World Cup squad. But this different.

Not only did Zia Cooke have an amazing game to lead her team to a clutch 80-73 victory, she also got the attention of celebrities like Miami Heat guard Dwyane Wade and Chance the Rapper.

Finally made a Twitter 😂 I need some followers 😂🤦🏽‍♀️..

All the fame is great 💯 but I’ll never change who i am, I’m going to remain the same and keep being humble. I appreciate the love tho fr 🙏🏽

There’s no doubt Zia Cooke is an all-state, Player of the Year and All-American talent. South Carolina head coach Dawn Staley has a superstar coming to her Gamecocks women’s basketball team next season and now the entire hoops world knows it.