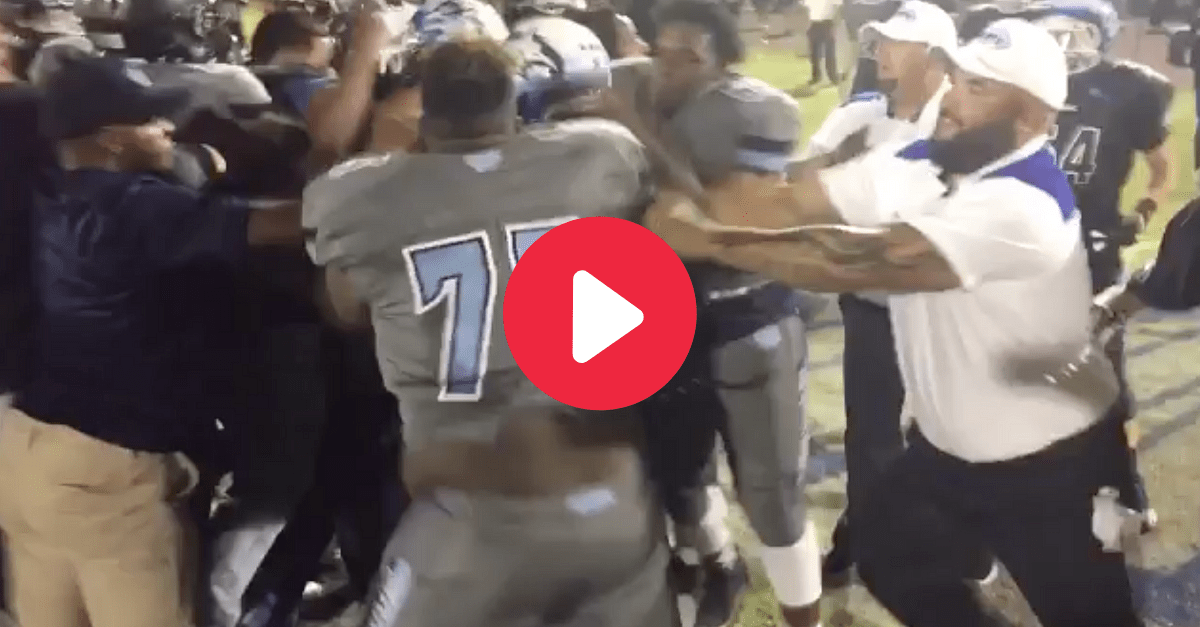 Two Nevada high school teams ended their game with an all-out fight that involved players and coaches all getting pepper sprayer by one police officer, per Busted Coverage.

Canyon Springs beats Basic 20-15 and the game ends in a brawl involving players and coaches. Police break up with pepper spray pic.twitter.com/wYTWHANYFl