Sal Durante was just 19 when he caught Roger Maris' 61st home run in 1961. He was happy to give it back, only looking for a thank you from his idol.

Instead, Maris offered the teenager some wise words: "Keep it, kid. Put it up for auction. Somebody will pay you a lot of money for the ball. He'll keep it for a couple of days and then give it to me." Durante then sold it for $5,000, a whopping amount for a kid making $60 a week.

There's a reason for that. Each ball Judge crushes over the wall could be worth millions. Some memorabilia experts estimate No. 61 was worth as much as $2 million and a No. 62 could fetch a similar price. The fact that Judge is a Yankee makes tying and beating the 61-year-old record that much more valuable.

Unfortunately, we'll never know what Judge's 60th blast is worth. The 20-year-old fan who caught it simply returned it for a meet-and-greet, four signed baseballs and a signed bat (not the one used to hit No. 60). If history tells us anything, it's this: THAT DUDE IS GOING TO REGRET GIVING IT BACK FOREVER. Seriously, if you ever find yourself on the receiving side of a monumental home run, always keep it. It's worth far more than whatever the player or team will offer in tickets, autographs, etc.

Judge's 61st home run landed in the Toronto Blue Jays bullpen, where the Jays' bullpen coach was happy to keep it safe until the game was over.

Some historic home run balls never hit the market. Babe Ruth's 60th shot in 1927, for example, remains in enshrined in Cooperstown. The bat he used to hit it sold for $660,000 in 2018, however. And other balls never even made it into the bleachers. Barry Bonds' 72nd home run in 2001 bounced back on the field and was returned to him. Mark McGwire's MLB record-breaking 62nd home run in 1998 was returned to him and never sold.

That being said, here's a look at how much some of baseball's historic home runs have sold for. 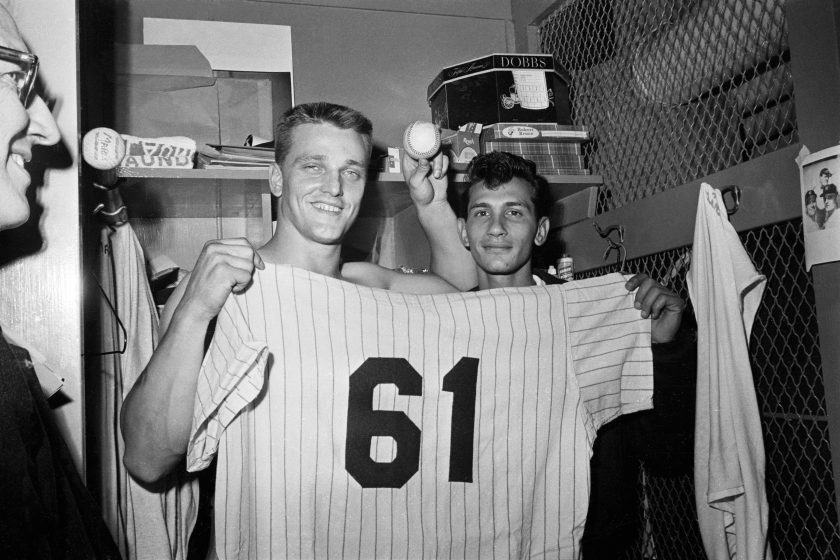 Sal Durante took his girlfriend on a double date a Yankees-Red Sox game in 1961, and he became a part of history when he caught Roger Maris' 61st home run. When Durante offered to give it back, Maris told him to sell it. He did, to California restauranteur Sam Gordon, for $5,000. That number would be about $50,000 today, adjusted for inflation.

"It was a different time, and I was thrilled to get it," Durante later told the New York Times. "It paid for my honeymoon. I was only making $60 a week at an auto parts store in Brooklyn."

That figure is easily the smallest of all the home runs on our list. 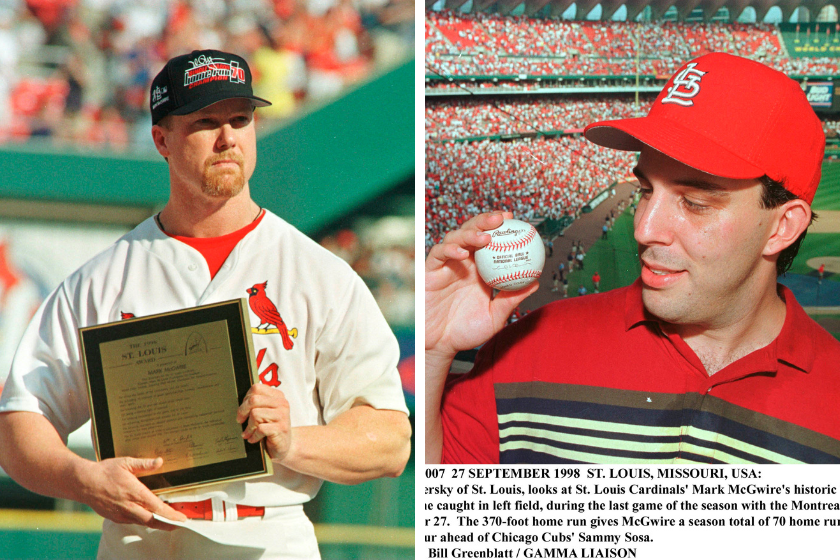 On September 27, 1998, Mark McGwire crushed two home runs -- his 69th and 70th -- to a cap a remarkable season. The man who caught No. 70 was Phil Ozersky, a research scientist making $30,000 a year. The Cardinals pressured him into giving the ball back in exchange for a signed bat, ball and jersey, according to Sports Illustrated. Ozersky agreed, but only if he could meet Big Mac. McGwire didn't want to, so Ozersky held on to it.

"If McGwire had been nice and down to earth about it, I probably would have given it back," Ozersky said.

The decision paid off, literally. Three months later, Ozersky sold the ball to comic book creator Todd McFarlane  for $3.05 million, a record sale for a single piece of sports memorabilia at the time. Ozersky donated more than $100,000 of the money to charity, bought a vacation home in Florida and purchased an engagement ring. 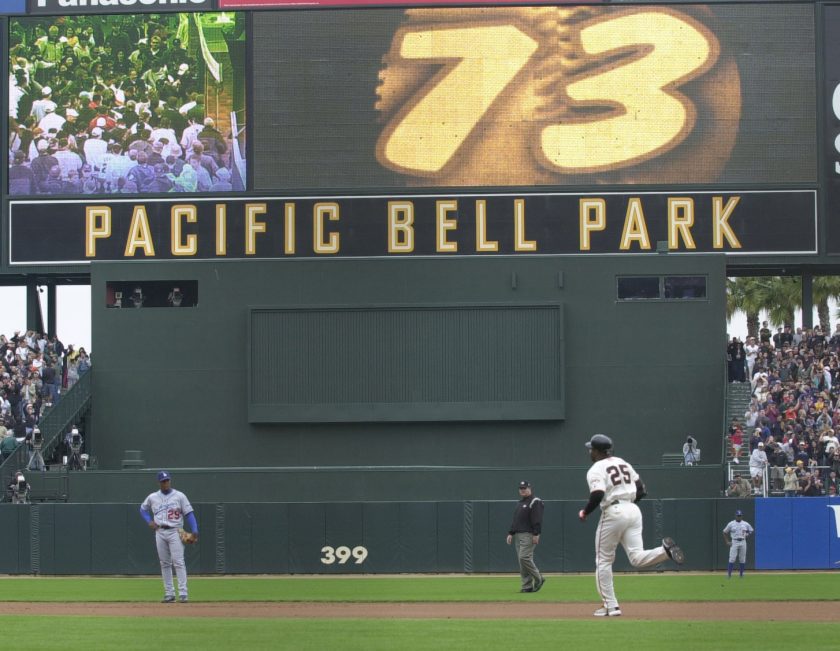 Barry Bonds' 73rd home run ball -- which still stands as the all-time single season record, albeit controversially because of a steroid scandal -- was sold for $517,500 in 2003. The ball took a while to be sold after a heated, 18-month court case had to settle who was the true owner of the ball.

Alex Popov, a San Francisco restaurant owner, caught No. 73 in his glove but was immediately piled on by fans. Patrick Hayashi, who was a student at San Diego State, wound up with the ball after the scrum. A judge ruled the two were both co-owners of the ball and they had to sell it and split the money.

McFarlane, the same man who bought McGwire's 70th, bought this ball as well. McFarlane actually bought and collected a lot more than just those two balls: he owns McGwire's 67th, 68th and 69th home runs, as well as Sammy Sosa's 61st and 66th home run balls. I guess he was quite literally invested in that Long Gone Summer. 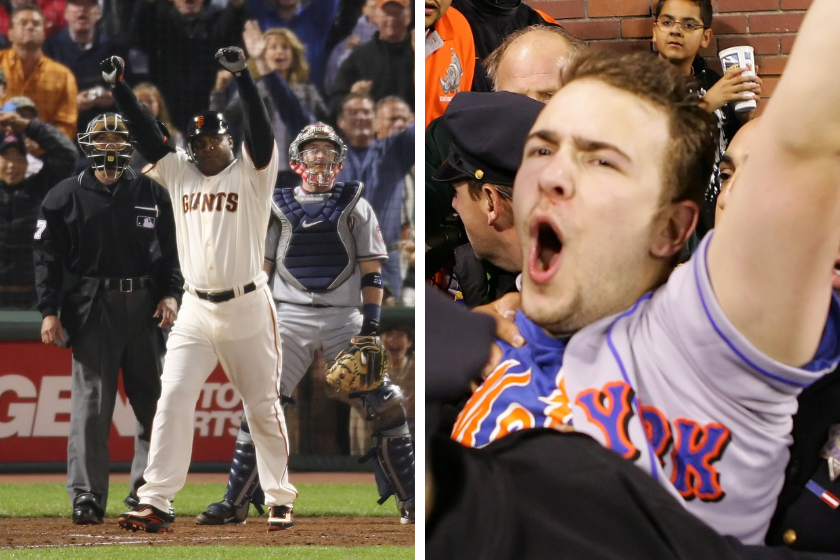 OK, moving on to some home run balls that weren't significant for single-season purposes.

When Barry Bonds hit career home run No. 756, the one that broke Hank Aaron's all-time record, it landed in the hands of 21-year-old Matt Murphy. Marc Ecko, the famous fashion designer, bought the ball at an online auction for $752,467.20.

Murphy, who was a college student from New York, wanted to keep it but knew its value.

"I had hoped to keep the ball, but when I determined that was not the best strategy at this stage of my life, this definitely was the right decision," Murphy said, via PSA.

"It is an honor to be a part of baseball history and I wish the new owner well with whatever they elect to do with the ball." 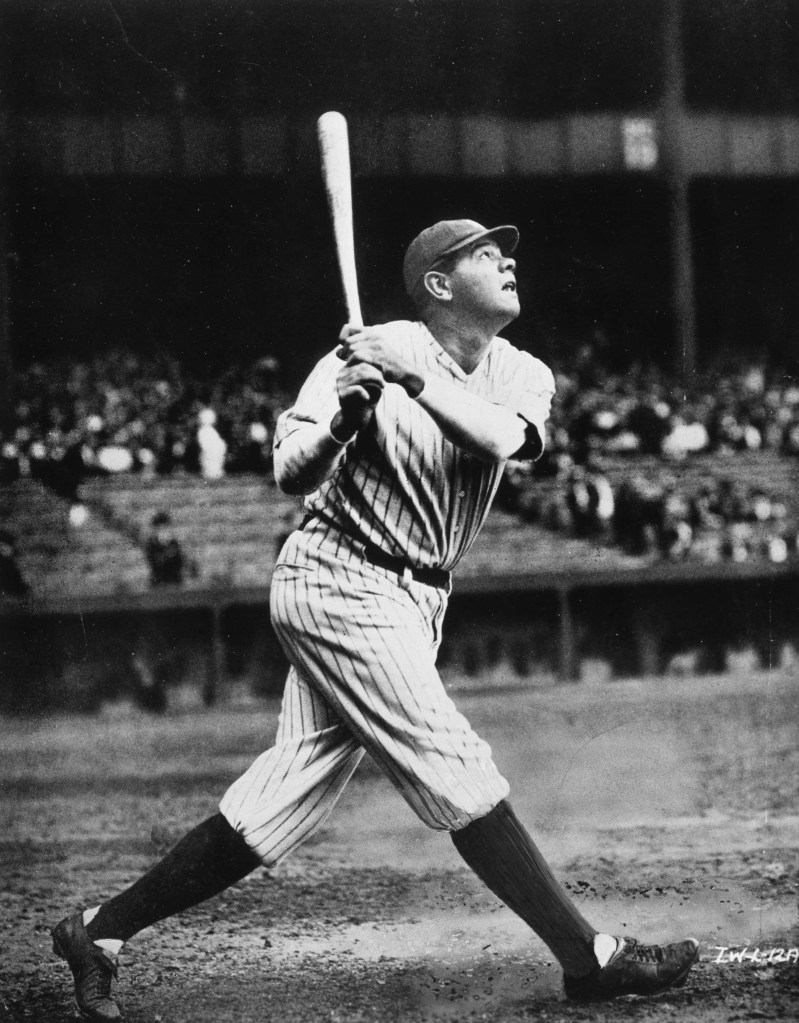 Babe Ruth is the colossus of memorabilia clout. He could have sneezed in a tissue 100 years ago and that dried up nose goo would be worth millions, likely for the purpose of one day cloning him.

So it should come as no surprise that his first ever home run at Yankee Stadium fetched $126,500 at a 2006 auction. The story behind the ball from the New York Times is the reason your mom should never throw out any memorabilia...ever:

Mark Scala, a graphic designer who lives in Ramsey, N.J., found the Ruth home run ball two years ago in the attic of his grandmother's house in Chatham, N.J.

After Mr. Scala's son, Chris, dressed up as Ruth for a school project on famous Americans, Viola Bevilacque, his 87-year-old grandmother, remembered the ball that had been given to her husband as a prize in 1927 for making the New Jersey all-state high school baseball team. The ball, hit by Ruth on Yankee Stadium's opening day in 1923, was kept in the attic of the house Ms. Bevilacque has lived in since 1946.

Scala took the ball to the Baseball Hall of Fame, asking if they had Ruth's first Yankee Stadium home run. They didn't, and they were able to authenticate the ball, which was also signed by Ruth.

According to the New York Times, the sale set an auction record for a single baseball at the time. The previous record belonged to the ball that rolled through Bill Buckner's legs in the 1986 World Series. It was sold for $93,500 to none other than actor Charlie Sheen.

Will we get a story like these when Judge hits No. 61 and beyond? There's no telling. But if you ever happen to catch a historic baseball, remember to hang on tight