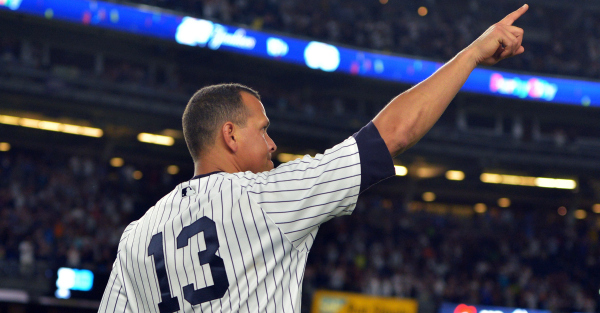 Alex Rodriguez played his final game with the New York Yankees on Friday night, but it may not be his last career game.

Jon Heyman of todaysknuckleball.com reports the Miami Marlins have had internal discussions about picking up A-Rod now that he’s been released.

contending marlins have had internal talks on a-rod. no evidence how serious they are, if at all. https://t.co/zBwxi2kegT

Rodriguez’s last season with New York was largely forgettable; he had a .200 batting average and nine home runs in 225 at-bats.

But the Marlins, who are in contention for an NL wildcard spot, may be wondering if the veteran could help them. At the very least, A-Rod could help fill Marlins Park. Rodriguez lives in Miami and played high school baseball there before being drafted.

Heyman said if Miami does go after Rodriguez, it almost certainly won’t be until Sept. 1, when MLB rosters expand from 25 to 40 players.