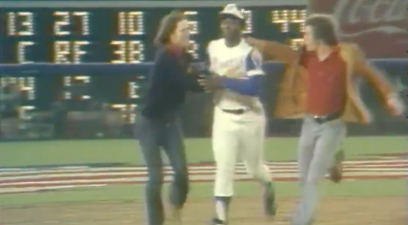 What Happened to the 2 Fans From Hank Aaron’s 715th Home Run? The entire sports world grieves alongside minor league pitcher Blake Bivens, who plays for the Tampa Bay Rays organization, as he’s lost his wife, mother-in-law, and young son in what police are investigating as a triple homicide, as reported by ESPN’s Jeff Passan.

Happy 1st Birthday to my little man! Daddy loves you!

Happy 2nd Anniversary too the life partner anyone can ask for! Love you

On the morning of August 27, citizens of Pittsylvania County, Virginia were notified of an armed and dangerous man in the area. Local police, including the Pittsylvania County Sheriff’s Office, arrived on Keeling Drive where two people — one women and a child — were found dead inside the home. A third person was dead in the driveway. Following protocol, the Danville Police Department issued a lockdown for area schools while the situation unfolded.

Police identified 18-year-old Matthew Bernard, who was running naked and unarmed through the Keeling area, hours after the murders. Police attempted to take him down with mace, but Bernard kept on running. He attacked a church groundskeeper, whom he grabbed around the neck, as a police officer tried knocking him down with a nightstick. The crazed man continued down the street, where a K-9 unit eventually subdued him near a wooded area.

Bernard, who is the brother of Blake Bivens’ wife, has been charged with three counts of first-degree murder, according to the police report. No motive has been identified, but the investigation is on-going.

ABC 13’s Kyle Wilcox was among media presence outside the home, and his team captured video of the police’s shocking chase of Bernard.

EXCLUSIVE VIDEO: The suspect in a triple homicide in Pittsylvania County, 19-year-old Matthew Bernard, ran toward @KyleMWilcoxTV & @humphreyWSET while they were at a staging area — he also strangled the church's caretaker.https://t.co/4OVjvg9kkQ pic.twitter.com/cg23z2KIEX

The Montgomery Biscuits cancelled the team’s double-header against the Chattanooga Lookouts on Tuesday night. Bivens is 4-0 this season with a 3.95 ERA. He was a fourth-round draft pick in 2014 out of Washington High School in Danville, Virginia.

Montgomery CEO and Managing Owner Lou DiBella released a statement that read in part, “The Biscuits thoughts and prayers are with Blake and all those who have been impacted by this tragedy.” The Rays also expressed their condolences in a tweet.

Tonight's doubleheader has been cancelled. pic.twitter.com/QjhbQ0unPP

We're with you, Blake. pic.twitter.com/gJqdUCIf7p

OurBaseballLife.com set up a GoFundMe account for the family. The fundraiser remembers Emily Bivens’ “incredible heart for the Lord” who “shared His light to many through her writings in Baseball Chapel.” Over $14,000 was raised in the first 10 hours. If you’re able, you can donate to the family by clicking here.

This is a terrible family tragedy of unthinkable proportions. Our thoughts are with the family during this difficult time.