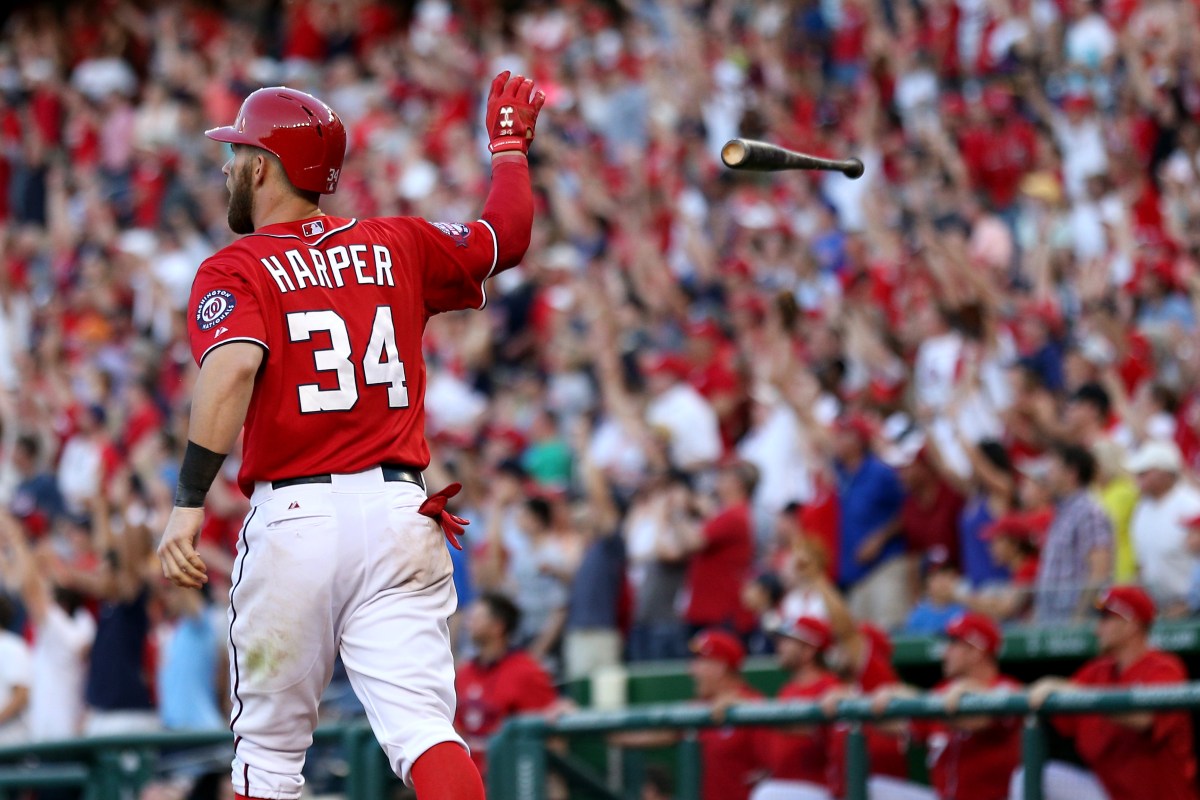 Bryce Harper, in the words of one GM, is going to get paid.

“He is going to get paid.” the anonymous general manager told ESPN. “Like, paid paid.”

How much? How about an insane amount.

Some MLB teams think the $400 million contract projection for Bryce Harper might be 'light' https://t.co/k5aEMSTiUW pic.twitter.com/wWrOURjige

$400 million? The ESPN story noted that might be light:

?Four hundred million is light,? the GM said. ?It’s going to be more than that. If you could sign him to a 15-year contract, you do it. I would say something in the range of $35 million a year, maybe closer to the high 30s. It could approach 40 million dollars a year.?

The math is nuts. Harper, the Washington Nationals outfielder, doesn’t become a free agent until after the 2018 season, when he’ll still be only 26. But, a 15-year contract would take Harper to his age 41 season, and you can count, on one hand (or less) players who have been able to perform at a high level at age 40 and after. Willie Mays? Ted Williams? Carlton Fisk? Dave Winfield? You can argue for a few more, but there aren’t many others.

Harper may have a preference to where he want to play.

That could a challenge from a payroll standpoint because the Cubs have several young players, including Kris Bryant and Anthony Rizzo, who are going to demand insane paydays, and they’re already overpaying the under productive Jason Heyward, who has seven years left on a deal that pays him more than $24 million a year.

Will Harper get that money? Will he signed with Chicago? Who knows. But it’s fun to speculate.