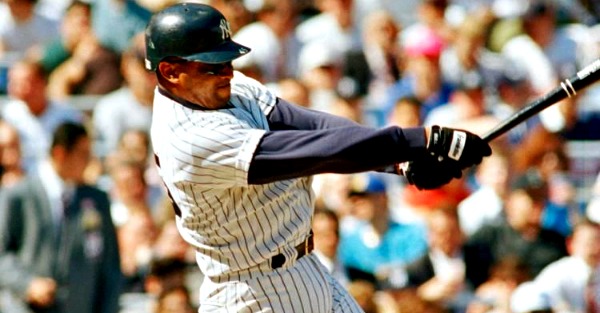 That would be one way to sum what TMZ.com is saying happened to former major league All-Star Danny Tartabull.

Police have been looking for Tartabull for five years, the report said. Tartabull, way back in 2011, was convicted of failing to pay $275,000 in child support. When he violated his parole in 2012, authorities issued a warrant ordering him to surrender and serve 180 days in jail.

That’s the day a man called police to report the break-in of his car. When cops ran the name of the complaining victim through its database it came back as — Danny Tartabull. He was arrested, and is scheduled to have a court appearance today.

Tartabull played on six teams during a 14-year career, and was an All-star with the Kansas City Royals in 1991. For his career, his batted .273 with 262 homers and 925 RBI. He made nearly $33 million during his career.