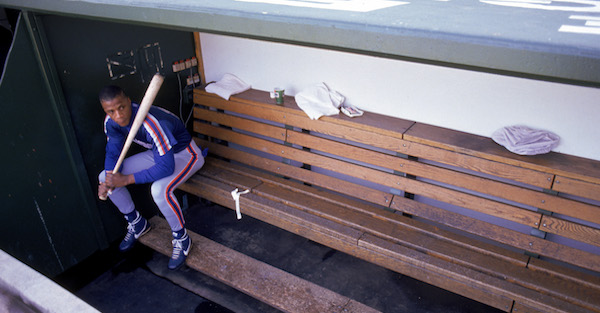 1990: Darryl Strawberry of the New York Mets sits in the dugout during a game in the 1990 season. (Photo by: Jonathan Daniel/Getty Images

We know all about former New York Yankees/Mets star Darryl Strawberry and his downward spiral following drug and alcohol abuse, but what we didn’t know was how insane being a baseball player was in the 80’s.

Strawberry, according to his interview Evan Cohen on SiriusXM’s Mad Dog Radio, had sex in the middle of games. (H/T Uproxx)

?In the middle of a game. Let?s just leave it at that. Been there, done that.?

?Between innings. It worked out well just how crazy it was,? Strawberry added. ?It kind of worked out that way. You point (a woman) out and tell the kid (to go get her).?

“The kid” was reportedly a clubhouse attendant. And that concludes one of the craziest in-game sports stories we’ve ever heard.