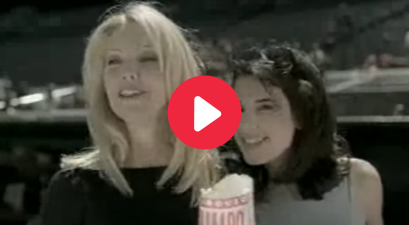 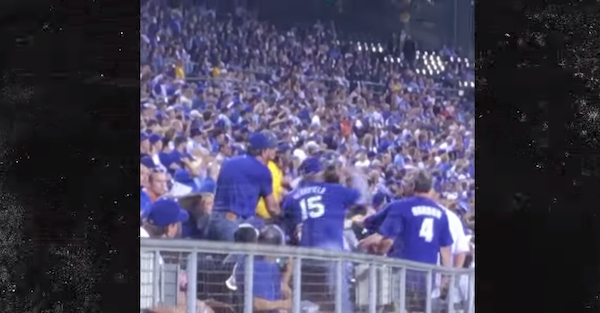 Tuesday night during the Kansas City Royals vs. San Francisco Giants game a male Royals fan was caught on video punching a woman in the face.

TMZ Sports released footage from the incident, which lasts roughly 15 seconds. In the video, the male fan is seen rearing back and delivering a huge blow to the woman.

However, there appears to be more to the story as to why the male Royals fan punched the woman in the face during the Royals and Giants game Tuesday night.

“TMZ cites law enforcement sources that the woman who got punched had struck and spit on the man. Kansas City police told the Star that both were ejected from the stadium and cited for disorderly conduct, and that neither required medical attention.”

It’s good that the woman who got struck by the male fan didn’t suffer any serious injuries from the injury according to the report. It’s also clear that more went on during the incident than what is shown on the video.