Fan fight during Red Sox-Yankees was extremely one-sided, just like the game was 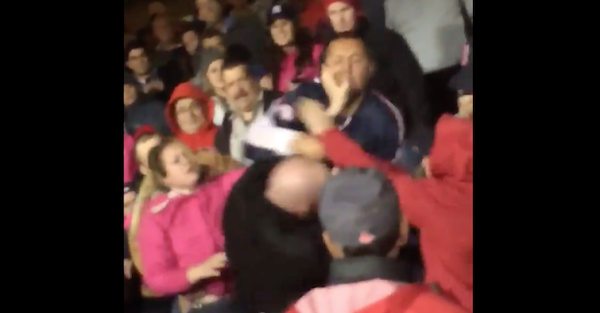 Related: A-Rod had the most NSFW bat-cleaning possible

We’re not certain if it was friendly fire or not, but the guys on the lower row had no chance as they repeatedly were pelted with punches.

As for the game, the Red Sox took the win, the clean sweep and first place in the American League East.