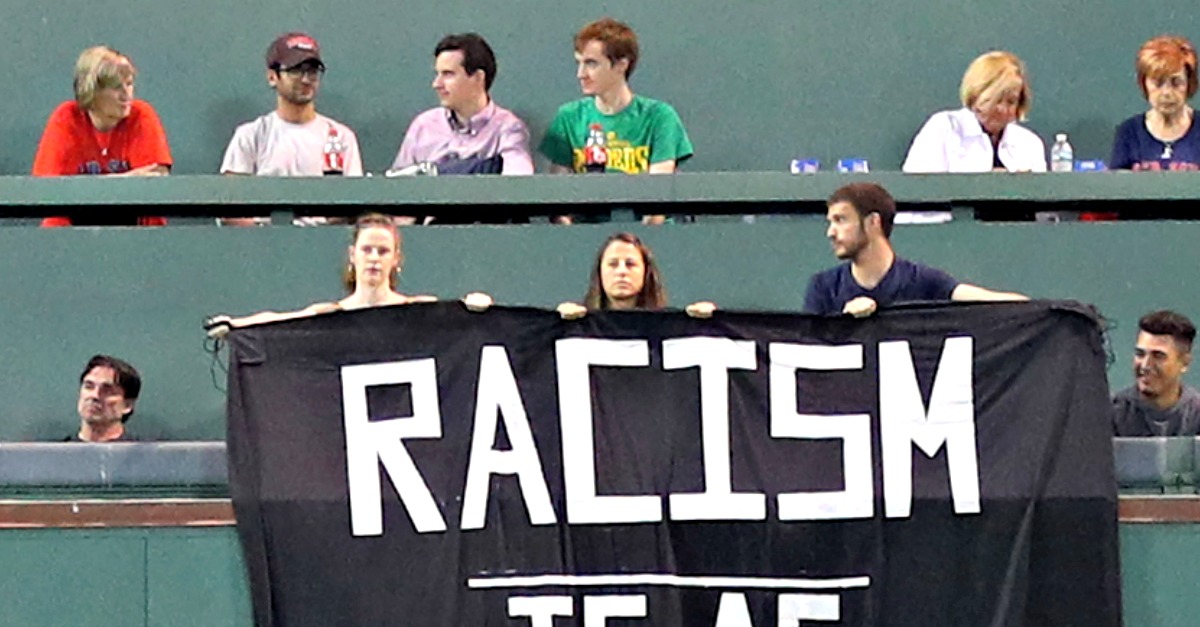 For a brief moment before Wednesday’s baseball game at Fenway Park, a few fans — maybe four, by the looks of this photo — unfurled a banner over the Green Monster that ruffled a lot of feathers.

Umpire Joe West got together with Boston police officials and park security to have the fans who held up this sign removed from Fenway pic.twitter.com/EZYo94WqMR

Racism is as American as baseball, the sign said.

From the tweet above, umpire Joe West and his team asked police and security to remove the fans who held the sign.

According to MassLive.com, one of the fans said he was inspired by the Black Lives Matter movement.

The Red Sox issued a statement, as per MassLive:

“During the 4th inning of tonight’s game, four fans unfurled a banner over the left field wall in violation of the club’s policy prohibiting signs of any kind to be hung or affixed to the ballpark. The individuals involved were escorted out of Fenway Park.”