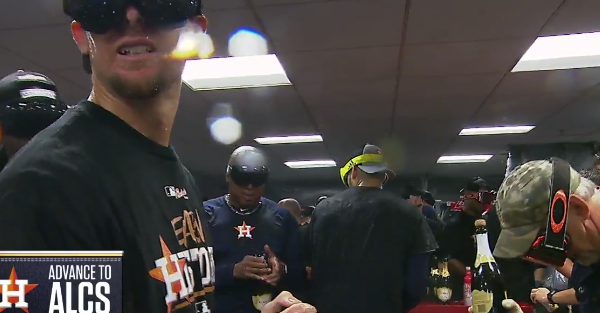 2017 has been epic for the Houston Astros and they aren’t slowing down just yet. The club advanced to the ALCS on Monday afternoon with a grueling and exciting win over the Boston Red Sox and, as you may imagine for a team that hasn’t been overly successful in recent years, there was a hefty celebration after the victory.

Unfortunately for FOX, though, the network was unable to cut to commercial before a NSFW comment made its way on air.

This certainly isn’t the first time that this has happened and, in fairness to FOX, there isn’t a ton they could do in this instance. Still, it is never ideal for a network to be dealing with an F-bomb on the air in a central broadcast like this one and they could see some actual backlash as a result.

The Astros claimed 101 victories in the regular season and, now, Houston will await the winner of the series between the Yankees and Indians for a clash that will begin later this week. Celebrations are certainly in order as a result, but next time perhaps FOX will have the foresight to cut the microphone in time and save themselves a blog post (or two).