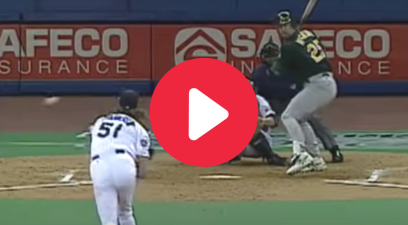 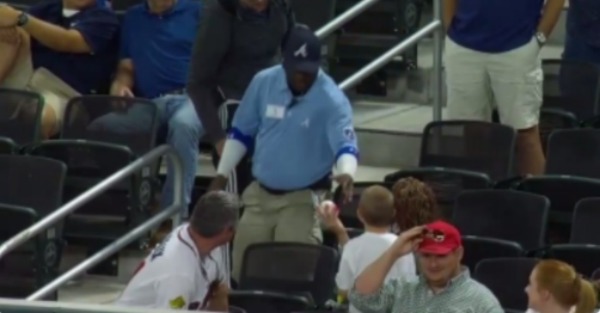 Here, we have a case of a security guard who took his job just a little too seriously.

During the Braves – Pittsburgh Pirates game, a fan went over the railing to grab a ball that was still in play, then took the ball and handed it to a little kid. The kid smiled big, jumped up and down and held the ball high in his hand.

Going over the railing and grabbing the ball is fan interference, and the security guard was right to throw him out of the game. But that’s when things went off the rails, when the guard took the ball from the little kid. Even the Braves announcers were flabbergasted, imploring the guy to have “some common sense” and noting the little kid did nothing.

here's better quality.. and an update: Braves announcers said the team was giving the kid a signed baseball.. pic.twitter.com/VrwxUIkStT

Luckily, the Braves had far more common sense than that guard. ESPN reported the Braves gave the kid a signed Freddie Freeman ball and invited him back to the ballpark for his birthday in June. The Braves even let the fan go back to his seat.

The security guard may have had a hard team seeing anything the rest of the game from all the egg on his face.