Is David Ortiz skeptical of A-Rod’s clean claim? Well, as far as we know, you know? 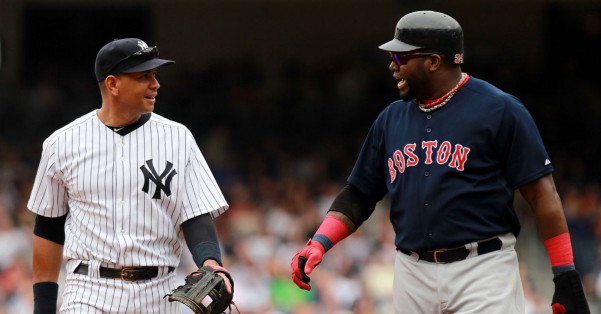 As awesome as Boston Red Sox slugger David Ortiz is swinging a baseball bat, Big Papi is really at his most entertaining when he opens his mouth.

Ortiz was asked about Yankees third baseman Alex Rodriguez putting together a pretty salty season after coming back from Major League Baseball’s full-year suspension for PED use. Rodriguez, who recently turned 40, insisted last week that he’s as clean as a freshly washed pinstriped uniform.

Ortiz’s response made it seem as though he might just be a bit skeptical of the latter:

Big Papi mostly sounds sincere, but as he’s wont to do, he cleverly drops in a “as far as we know” just add a dash doubt about A-Rod’s sincerity, as if that’s never come up before. Of course, we know that Papi probably isn’t send A-Rod Christmas cards because you might remember this little shoutout.

But hey, as far as we know, A-Rod is drug-free and fancy free, having fun playing again and, oh yeah, he’s a big reason the Yankees are leading the American League East. A-Rod could always respond to Big Papi by saying as far as we know, the Red Sox will be home in October.