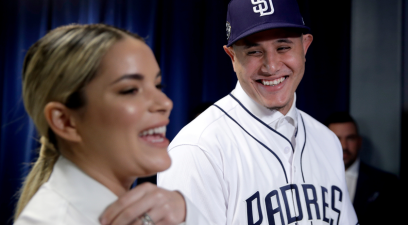 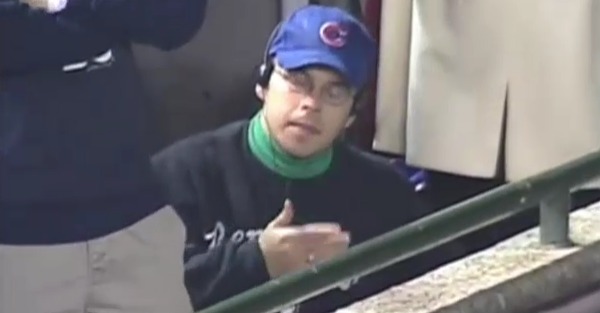 Steve Bartman was the most hated man in Chicago back in 2003 after interfering with a foul ball in Game 6 of the NLCS. The inference kept the inning alive for the Marlins, and allowed them to comeback and force a Game 7. Thirteen years later, wounds have apparently healed, and many of the same fans who sent him into hiding for a time would like to see him make an appearance at Wrigley Field.

But Bartman says no way—he has no intention of becoming a distraction.

“The likelihood that he would return to throw out a first ball or anything like that is probably slim, none, and no chance,” said Bartman’s spokesman Frank Murtha via CNN. “Steve just wishes the Cubs well and has no interest in being any distraction from whatever happens to them.”

It’s probably a good thing, too. The Bartman fiasco mushroomed into a firestorm that enveloped an entire city deeply frustrated by nearly a century of Major League Baseball futility, having gone without a World Series title since 1908. And he became the ultimate scapegoat.

In that fateful game, the Cubs led the Marlins 3-2 in the series and were just five outs away from advancing to the Series when Bartman reached for a foul ball that left fielder Moises Alou had a beat on, and Bartman fumbled it into the stands, away from Alou’s glove.

RELATED: Here’s a true story about what the World Series means to Cubs fans

The play was dissected ad nauseum, and was even made into an ESPN 30 for 30 documentary that pretty much concluded Alou was in perfect position to make the catch, and likely would have were it not for Bartman. It was a harbinger that not only signaled the end of Game 6, but the end of Chicago’s magical season as well. The Cubs would go on to lose that game and then Game 7.

But since Chicago won the Pennant last week, Bartman has gone from a pariah to something of a folk hero. The idea of him throwing out a first pitch at Wrigley Field has been circulating on social media and in the blogosphere. Cleveland Indians second baseman Jason Kipnis, a Cubs fan from a young age, has even weighed in.

“He didn’t deserve all of that,” Kipnis said. “He’s a very loyal fan, who wanted a foul ball, and the way the events turned, made him into a scapegoat … If he threw out a first pitch, I think everyone would go nuts.”

As fun and lighthearted as it might be to have Bartman there, he’d probably be better served to stay away. Far away.