It’s about time: Pete Rose may finally get his chance at baseball immortality 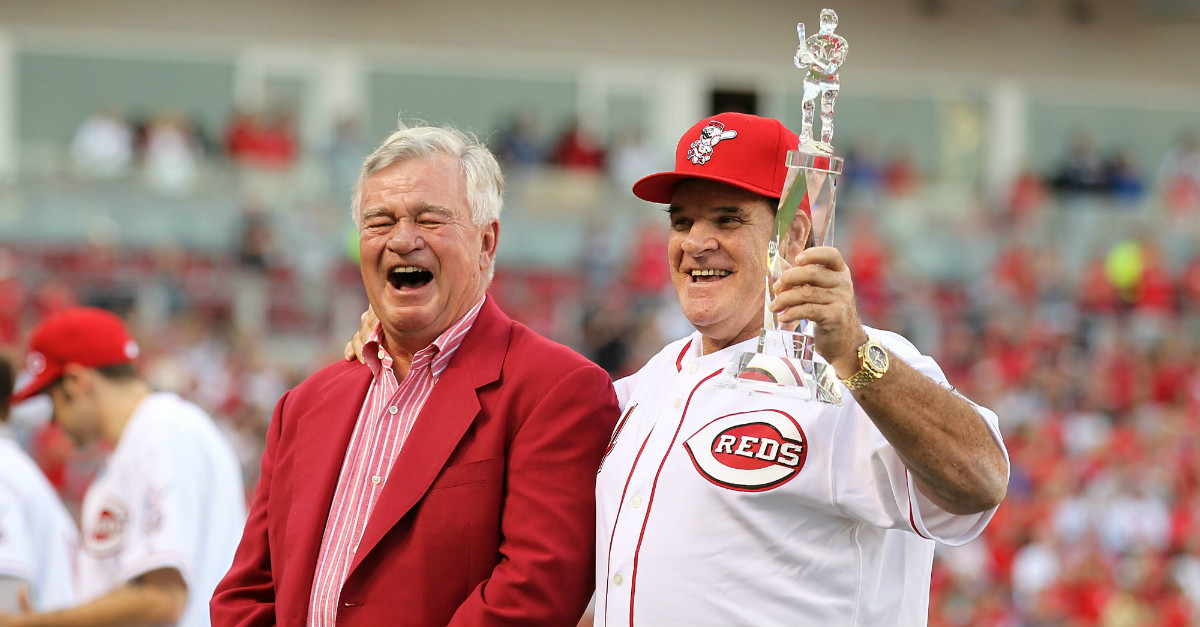 Pete Rose has spent the last 25 years banned from baseball after agreeing to a permanent banishment for betting on games while he managed the Cincinnati Reds. With the ban, Rose is ineligible to be inducted into the Baseball Hall of Fame. But that could possibly change under new Major League Baseball commissioner Rob Manfred.

In an interview with ESPN, Manfred said he is expecting to have a conversation with Rose and his lawyer to discuss a possible reinstatement to the league.

?I have heard from [Rose?s] lawyer, and I do anticipate having a coversation about that,? Manfred said. ?I?ve been very careful not to say anything about the merits of it because ultimately I?m going to have to make a decision there. But it?s a conversation I?m willing to have.?

There’s no question that Rose has the merits to be in the hall. Rose still holds the record with 4,256 hits, most games played and most at-bats. To put into perspective of how amazing Rose’s hit record is, a player would have to average a little over 200 hits per season for 21 years to break it. That’s nearly impossible nowadays with stronger bullpens and specialists that only face one batter.

But even if Rose is reinstated to baseball, there’s not a guarantee that he would be inducted. Baseball writers, who vote for the hall, have shown that they are stringent protectors of the game’s morality for denying players like Barry Bonds and Roger Clemens from entering, even though they have the credentials. Even guys like Jeff Bagwell have been unfairly left out of the hall for being suspected of using PEDs.