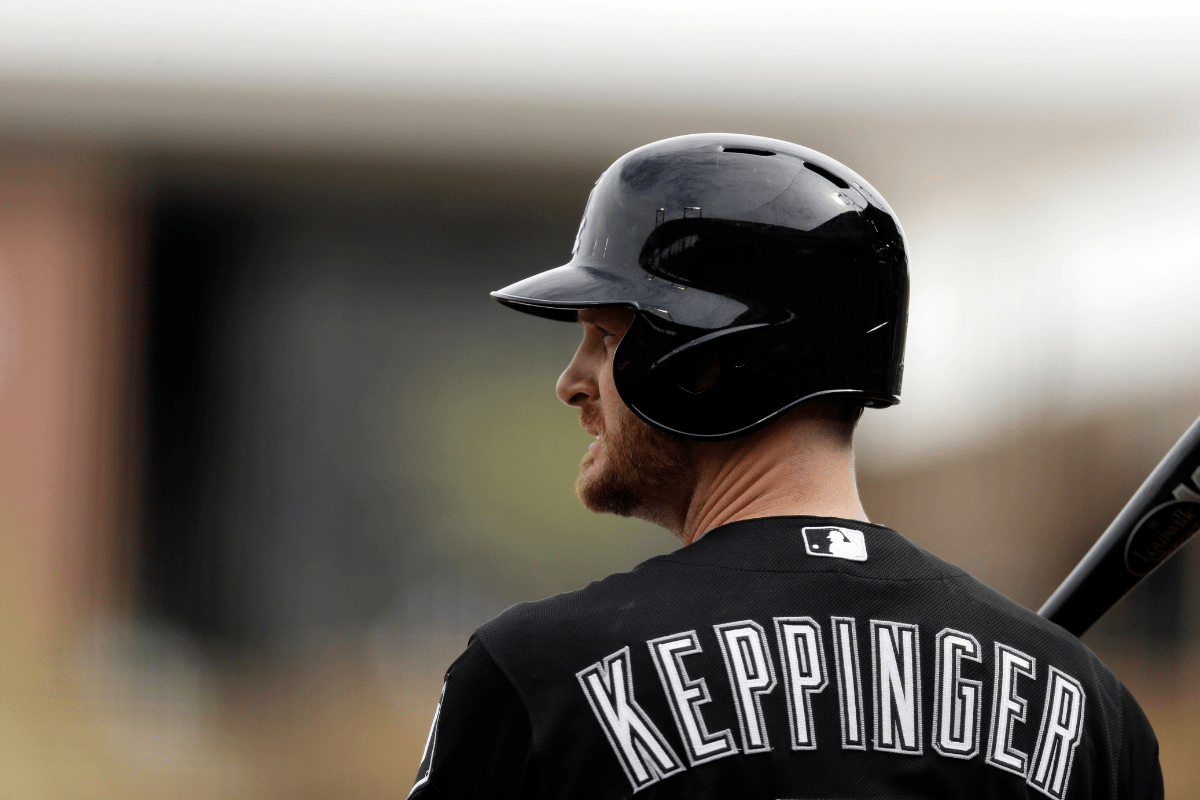 Jeff Keppinger could always be counted on to put the ball in play.

A strikeout was foreign to him, and in crunch-time situations, Keppinger was the obvious choice to step into the batter’s box.

His prowess as a contact hitter is a big reason why the former shortstop is one of the best to ever do it at the University of Georgia. He carried that success into Major League Baseball for nine seasons.

Now that the UGA legend is out of the game, what is he up to?

Hard to believe it was 15 years ago when I watched Jeff Keppinger hit 3 HRs to beat the Chanticleers at Foley Field pic.twitter.com/o4FQGK02rT

Today in Trent's so old…

Earlier today, I was talking about the one time I covered the College World Series.

It was so long ago that Mark Prior started the game for USC and Jeff Keppinger hit a homer and triple for UGA.

RELATED: Cris Carpenter Was Georgia?s 2-Sport Stud, But Where is He Now?

Jeffrey Scott Keppinger was born in Miami, Florida and grew up in Lilburn, Georgia, where he attended Parkview High School.

He went on to play college baseball for the hometown Georgia Bulldogs. Holding down shortstop, Keppinger saw a lot of success in Athens.

He most notably led the Dawgs to the 2001 College World Series. On the journey to Omaha, he hit the go-ahead two-run home run in the top of the ninth (after already hitting two homers earlier in the game) against Coastal Carolina in the Athens Regional. In a CWS dual against USC pitcher Mark Prior, Keppinger came out on top by smashing a home run and triple.

“I don’t know that I’ve ever seen a greater individual performance than what I witnessed at a 2004 NCAA baseball regional at Foley Field in Athens, Georgia. Over the course of three days, Georgia shortstop Jeff Keppinger put his team on his back and carried the Bulldogs to a regional title. After losing the first game of the regional, the Bulldogs won four in a row, including an 8-7 victory over Coastal Carolina in the final. Keppinger hit three home runs in that game, including a two-run shot with two outs in the top of the ninth,” ESPN‘s Mark Schlabach wrote.

Keppinger in 2001 alone slugged 18 home runs and batted .389. He hit .380 over the course of his college career, which ranks fifth all-time in program history.

The Georgia baseball player was selected in the fourth round of the 2001 MLB Draft by the Pittsburgh Pirates.

He worked his way through the Pirates farm system. Then, in 2004, the infielder was traded to the New York Mets as part of the Kris Benson and Ty Wigginton deal. He made his major league debut the same year.

Keppinger floated between the minor leagues and big leagues with the Mets and later the Kansas City Royals. He found the most consistency with the Cincinnati Reds and Houston Astros. The San Francisco Giants picked him up as part of the Henry Sosa and Jason Stoffel trade in 2011, and he signed a free agent deal with the Tampa Bay Rays in 2012.

Keppinger was released by the Chicago White Sox in 2014. His main position was shortstop, but he played all over the infield at first base, second base and third base during his nine-year MLB career.

Jeff seems to be thriving in his post-baseball career.

He’s an avid card collector with a collection that spreads across the MLB, NBA and NFL. His Dacula, Georgia basement is filled with jerseys and cards.

A Jeff Keppinger card should be in every Georgia fan’s collection.

MORE: Cris Carpenter Was Georgia?s 2-Sport Stud, But Where is He Now?