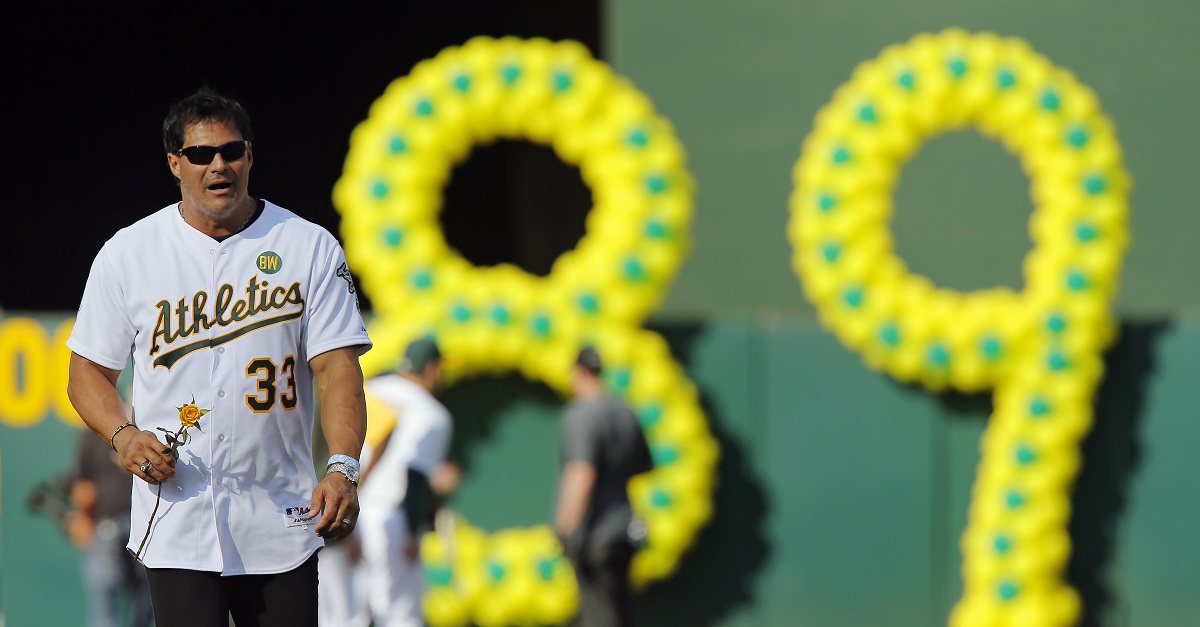 Brian Bahr/Getty Images
OAKLAND, CA - JULY 19: Jose Canseco #33 of the 1989 Oakland A's joins his former teammates to celebrate their World Series championship of 25 years ago against the San Francisco Giants before a game at O.co Coliseum on July 19, 2014 in Oakland, California. (Photo by Brian Bahr/Getty Images)

Because 2017 apparently hasn’t had enough scandals, Jose Canseco has now thrown his comments into the ring of controversy.

On Tuesday, Canseco tweeted about the ongoing sexual harassment scandals facing many celebrities and politicians, mentioning that he never complained about sexual misconduct from women, and that it must have been because he was a “good-looking guy and these politicians look like a bag of boogers”.

The Oakland Athletics were not amused by the string of tweets, and released a statement condemning Canseco’s comments.

A statement from the Oakland A's. pic.twitter.com/TREZpby3nU

We were disappointed to learn of Mr. Canseco’s statements. Mr. Canseco is not an employee of the Athletics and his statements do not reflect the values of our organization or those of our most trusted partners.

Canseco had been working as a studio analyst of As broadcasts, but it looks like that may not be happening in the future with how the club attempted to distance themselves from Canseco in this statement.

Canseco was the 1988 AL MVP with the As, and he helped the club win the World Series in the 1989 season. Canseco was one of the most prolific home run hitters in the late 1980s and 1990s, racking up 462 homers in his career. He was also one of the first players to openly admit to using performance enhancing drugs in 2005.