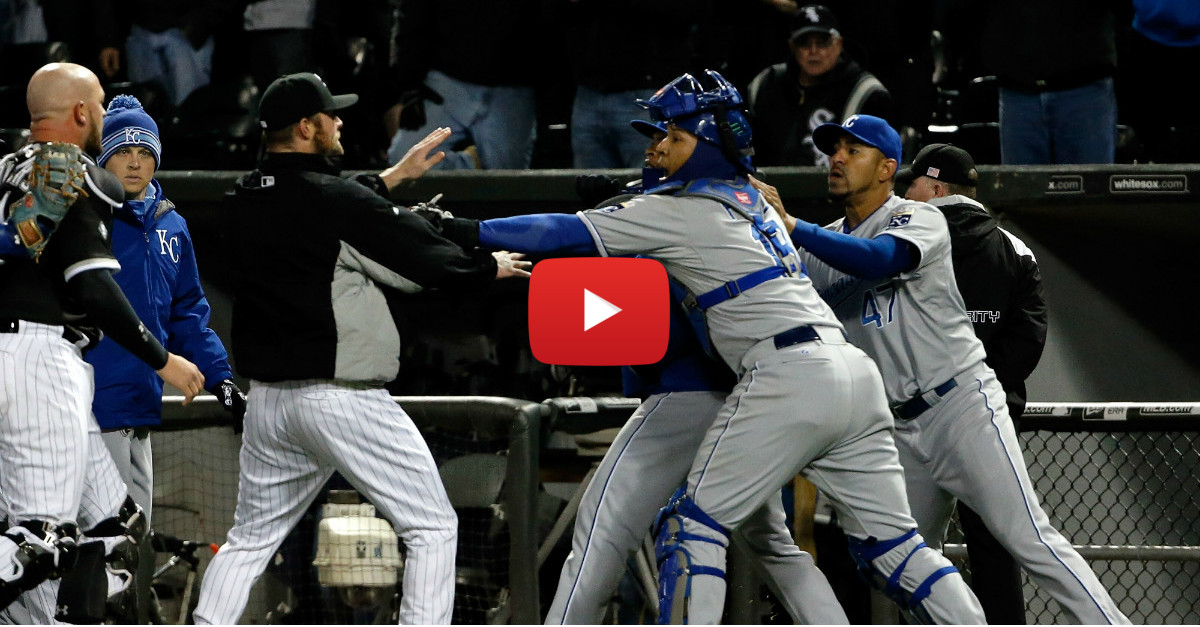 The Kansas City Royals are establishing themselves as the biggest troublemakers in baseball. Most notably, Royals starting pitcher Yordano Ventura, who has now been ejected in consecutive starts now. Ventura was ejected on April 18 for plunking A’s third baseman Brett Lawrie on purpose.

On Thursday night, after a routine inning-ending groundout, Ventura stared down White Sox outfielder Adam Eaton and cursed at him for some reason. Obviously, Eaton didn’t appreciate it. The two ended up screaming at each other some more, and that led to both bullpens and benches clearing.

This wasn’t the normal bench clearing, though. Punches were thrown in this brawl. After all was settled, the Royals lost Ventura, outfielder Lorenzo Cain and pitcher Edinson Volquez. The Sox lost starting pitcher Chris Sale, who was still in the game at the time, and pitcher Jeff Samrdzija.

Suspensions should be handed down for this fight.