Kris Bryant will give up sliding head-first after recent scare 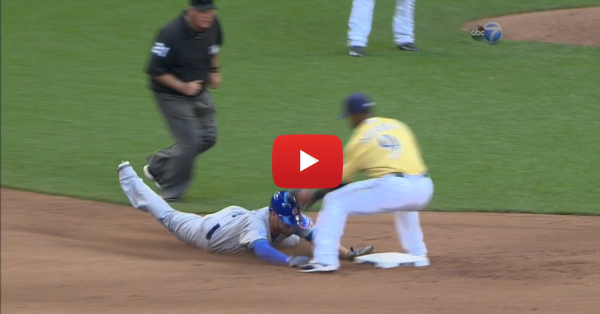 Kris Bryant of the Chicago Cub left Sunday’s game against the Milwaukee Brewers on Sunday after a hard slide into second base. Bryant was feeling dizzy after the slide, and was replaced on second by pinch-runner Jonathan Herrera. Bryant was later evaluated for concussion-like symptoms.

Here’s video of the slide below.

Bryant was later cleared by trainers, and returned back into Chicago’s lineup on Monday. Despite being cleared of a concussion, Bryant told ESPN’s Jesse Rodgers that he would no longer slide head-first.

“I only have one head. I only have one life so there?s nothing really to joke about. I?ve always slid head first but I?ve made some pretty good strides in sliding feet first. Sometimes it?s hard to think on the run.” Bryant said.

Bryant and the Cubs face the Pirates on the road at 7:05p.m. EST Tuesday night.