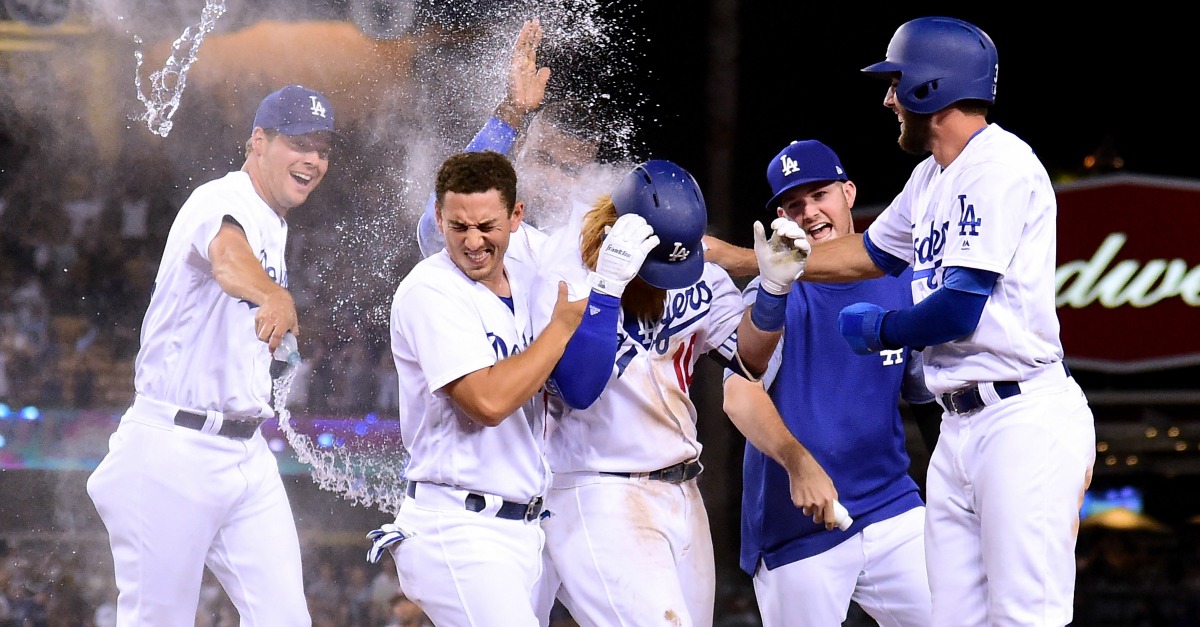 The Los Angeles Dodgers are in the midst of a historic stretch, and it’s likely that no baseball fan has ever seen anything like it.

With a win Saturday, the Dodgers won for the 43rd time in 5o games. That is not a misprint. The Dodgers have gone 43-7 over their last 50 games, and that hasn’t happened since 1912, when the New York Giants — a team  that doesn’t even exist anymore — pulled it off.

RELATED: Brewers player leaves game after getting hit in the neck with a baseball

“It is history in the making,” Dodgers’ manager Dave Roberts told reporters after another ho-hum win, this time against the New York Mets (7-4). “But when you get back to the day-to-day, I don’t think anyone is really thinking about that.”

He’s wrong about that. Baseball fans are thinking about this.