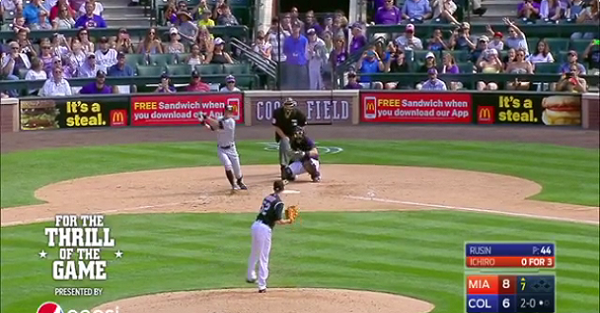 Ichiro Suzuki became only the second player in Major League Baseball history to knock a triple for his 3,000th hit joining Paul Molitor of the Minnesota Twins. Suzuki actually has 6,000 hits spanning the course of his entire history in baseball as he played for the Orix BlueWave from 1992 to 2000.

He made his MLB debut in 2001 with the Seattle Mariners as a 27-year old. He played the vast majority of his career with the Mariners where he racked up a rookie record of 242 hits before playing two and a half seasons with the New York Yankees and the last two seasons with the Miami Marlins. At age 42, not only is Ichiro defying all odds by still playing, but still playing at a high level as he’s hitting .318 on the season. Everyone’s been expecting Ichiro to get his 3,000th hit in the MLB and now we’ve got on it on a triple.