Prince Fielder’s foul ball lands in lady’s nachos, spraying cheese all over her 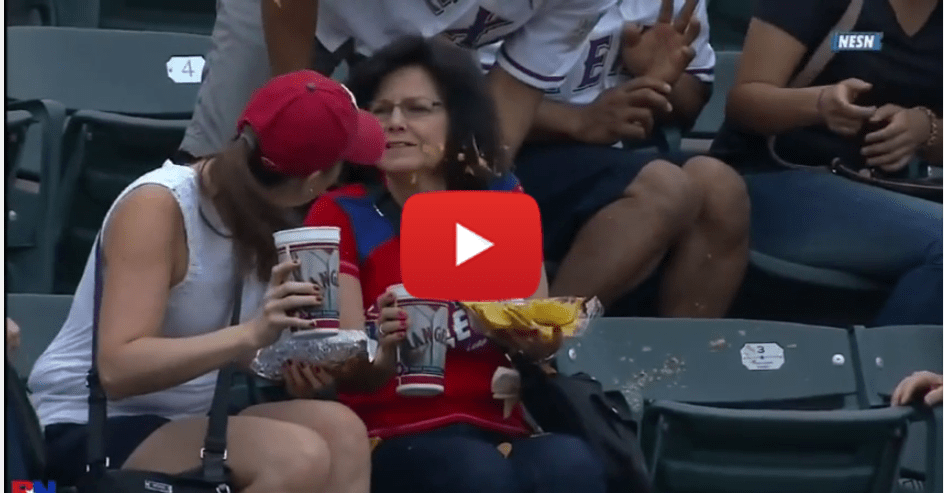 During the Rangers’ 5-1 loss to the Boston Red Sox on Thursday afternoon, Prince Fielder hit a long foul ball to the upper deck where an unsuspecting fan was just trying to eat her nachos. The foul ball lands directly in her plate of nachos and splatters cheese all over her, getting in her hair and all over her clothes.

The best part is the announcer dead-panning, “that is an explosion of cheese,” which has probably never been said by a baseball play-by-play guy before.