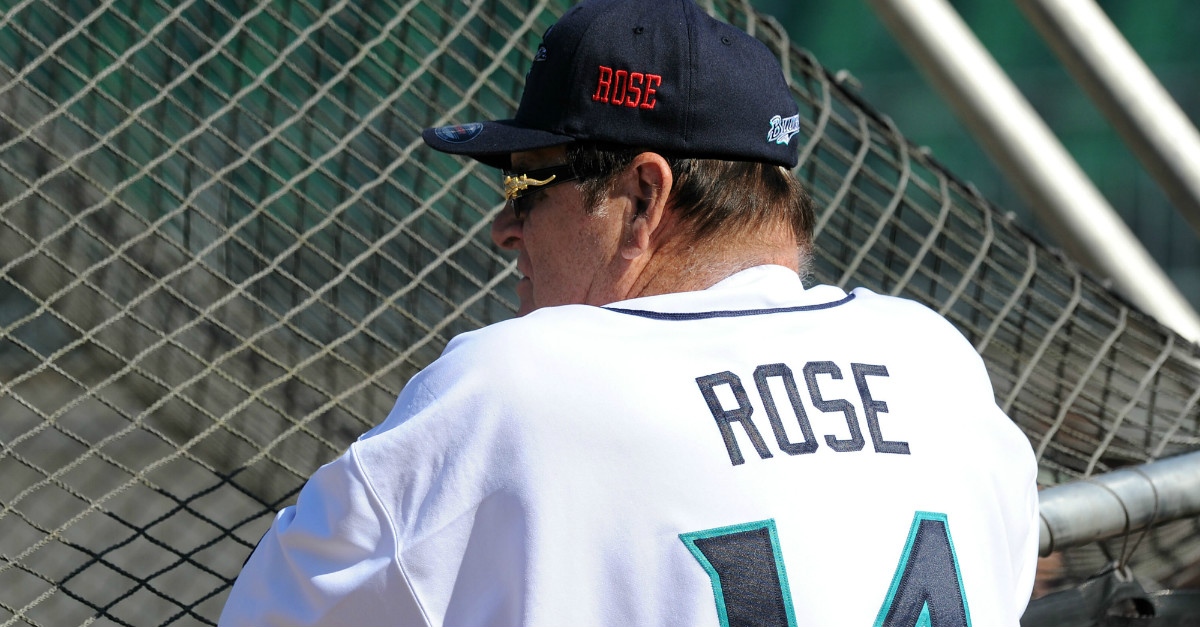 Pete Rose has his best chance at reinstatement under new MLB commissioner Rob Manfred. Rose has been banned from baseball since 1989 after he was found to have been betting on baseball while as the manager of the Cincinnati Reds.

Rose has submitted reinstatement papers, and Manfred will review the case on its merits. The All-Star game is in Cincinnati this year and there has been much talk about whether or not Rose will be allowed to participate in the festivities. Well, he can.

Manfred: "(Pete Rose) will be allowed to participate in some of the Reds' activities" during this year's #MLB All-Star Game in Cinci.

Now it’s unclear what he’ll be able to do, but it’s a nice step forward for Rose. Let’s hope that Manfred decides to life the ban before we get to the game.

The game will take place at Great American Ballpark on July 14.