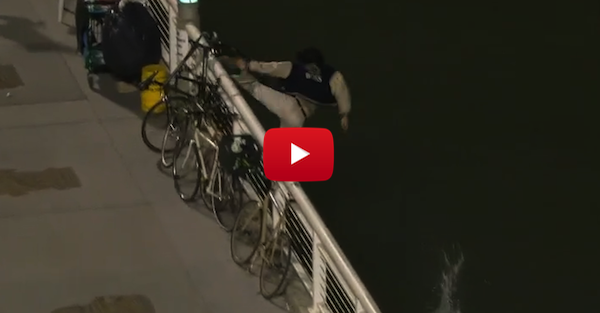 It is very exciting to catch a home run ball.

From the time that most baseball fans were children, there has been something of an allure to going home with a ball struck by a Major League player, especially if that swing produced an actual home run. On Friday, a fan of the San Francisco Giants took things to another level, however, as he leapt over the wall at AT&T Park and into the world-famous McCovey Cove in pursuit of a bouncing ball.

Sometimes, the video says it all.

With some amusing commentary from the Giants broadcast team as background accompaniment, the fan simply got carried away in chasing the ball, and that forced a lengthy stay in the water in addition to the actual “splash down”. On the bright side, San Francisco decimated the Phillies by a final score of 15-2 in the game, but something tells me that this fan doesn’t care quite as much about the game result as the souvenir take away.